Our God-given passion is given to us to change something that needs improving, repairing or replacing. My passion is to help the Church be a healthy place for the next generation to not only survive but thrive.

We should aim to be in a church better and healthier than it was a decade or more ago. If we are not able to pass the baton of a better church to the next generation, we have sadly failed them. This is not easy, as many congregations will testify; it involves sacrifice, humility; it involves not only an understanding of the here and now but a future-focus. Young people in many of our churches are not only facing hostility from an increasingly secular society, but also from the Church – yes, the Church.

It is a biblical principle in both the Old and New Testaments that every generation has a sacred responsibility to train and teach the next generation. But exactly what are we required to pass on to those who are coming after us? Titus 2:1-8 gives us a clear answer to the question. There are three categories in this passage: doctrine, character and behaviour. We are to pass on to the next generation what to think, what to be, and how to act.

We can learn a lot about reaching the next generation from Jesus. Jesus used His power to serve others, and His knowledge to reach those who were helpless. For us to have power and knowledge and not to use them to help and encourage those without is simply ungodly. When the Church asks the young people to give up all their desires and ways to connect with God, we are been unrealistic and aren’t modelling the ways of Jesus. You cannot expect those less mature, less strong, and less knowledgeable to reach up. We need to engage the next generation on their level through love. Maybe young people, our next generation, are leaving the Church because they are exhausted from reaching up and conforming to our self–centred way of doing things.

Today, if you aren’t using social media and a smartphone, you are behind the times and lose any `street cred` with young people. Whilst on earth people marvelled at the greatness of Jesus’ communication, one thing He did was to speak in parables – short stories with heavenly meanings. He didn’t use large ‘churchy’, academic words when speaking to crowds. He could have, but He chose not to. Why? He wanted to effectively communicate. Like Jesus, the Church should want to effectively communicate. Young people don’t call someone, instead they will text or use social media because they are the most effective forms of communication today. We have a choice: we can disconnect by using snail mail and dial-up telephones, or we can embrace a new, more effective form of communication.

We know young people will struggle and fail; after all, we all have at times in our life. We need to encourage them and let them know we love them and are here for them. When they are affirmed and loved, they will run to the Cross and not away from it. Jesus not only came down to those with less power, He invested in them. Jesus knew His time on earth was short, and His vision was larger than His time on earth. Jesus came to prepare people for after His departure. The problem with many churches is they aren’t preparing the next generation. They aren’t concerned with the Church after their departure.

Mark’s Gospel, however, reveals a far different John Mark. Mark’s authorship is placed sometime in the middle 50s to middle 60s. Mark’s Gospel shows a more mature leader. Paul would have never believed that this young man’s writings would be so valued by the Church or that they would become part of the canon of the Bible.

Christian leaders are given the responsibility to not only lead well, but to invest in the next generation, so that they can carry on the Gospel task. John Maxwell sums it up well: “The best leaders lead today with tomorrow in mind, by making sure they invest in leaders who will carry their legacy forward.” As Christians, we must intentionally invest in young people, affirm their faith, acknowledge their gifting, speak the truth in love, and be a living example.

Do Christians have a Moral Duty to help by Rev. Stephen Brooks 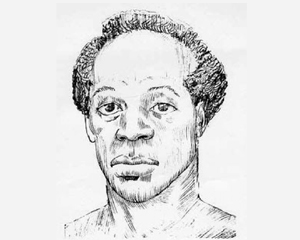