Pastor Donnie McClurkin has had a long, storied love affair with London, going back to a brisk autumn evening at Fairfield Halls in Croydon. It was there, before an overflow crowd, that Donnie McClurkin made his landmark recording, ‘Donnie McClurkin – Live in London and More’. That recording spawned the surprise radio hit, ‘We Fall Down’. According to Roy Francis, the venerable gospel music industry veteran and technical director on the night: “The place was filled with ‘massive expectation’.”

The resulting album, released in 2000 by Verity Records, ‘Live In London and More’ attained double-platinum status. ‘We Fall Down’ was a mainstay on Christian radio playlists around the world. Roy Francis recounts how Pastor McClurkin’s relationship with Bishop John Francis impacted that night. “We all knew that night ‘We Fall Down’ was an incredible, ground-breaking song. But it was the ‘Caribbean Medley’ that tore the roof off the place, with Donnie backed by the Ruach Ministries band and choir.”

‘Massive expectation’ is still very apparent in the spirit of Pastor Donnie, as he speaks of his relationship with the people of London. “We are all going through our series of domestic and international struggles in America and England. I can’t speak to Brexit, and I can’t speak to terrorism… The only example I can speak to is the need for prayer.  If the Christian body in London and England will begin to pray, the same promise that God made to Solomon in 2 Chronicles 7:14 will happen:

‘If My people, which are called by My Name, shall humble themselves and pray, and seek My face, and turn from their wicked ways; then will I hear from heaven, and will forgive their sin, and will heal their land.’

But first and foremost the Christian body of England has got to rely on prayer and God in this hour.”

Pastor Donnie McClurkin is the Senior Pastor of Perfecting Faith Church in Freeport, Long Island, New York. Many were introduced to the heavy anointing and calling on his life through his music ministry. Pastor Marvin L Winans immediately recognised this and took McClurkin under his wing. Pastor Donnie served as an assistant to Pastor Marvin L Winans at Perfecting Church, Detroit, Michigan for over a decade, before he was ordained and sent forth by Pastor Winans in 2001 to establish Perfecting Faith Church (PFC) in Freeport, New York. Starting out with approximately two hundred members, PFC has grown to over three thousand members. 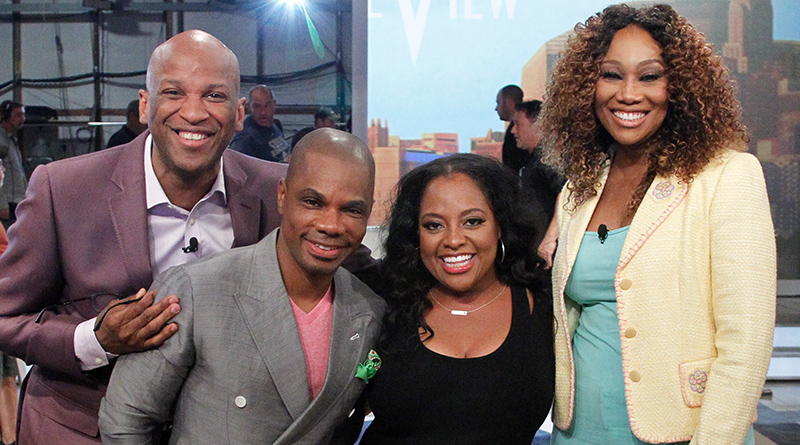 Pastor Donnie on how the church was built: “In 2001, it was the gospel singing aspect that initially brought people in, but when they saw that I was preaching and not singing, they came and left. That’s when we decided to start again and grow it from the grass roots. The initiatives we implemented was the key to bringing people in: the feeding, the clothing, the outdoor outreaches, going into the prisons, going into the hospitals, walking through the communities, knocking on doors… When we first started, our first service began at 3 o’clock in the afternoon. So, at 1:45pm, we went out on the streets of Freeport, knocking on doors and asking people if they needed anything, if there is anything we could pray for, and telling them we’re the church down the street. That’s how we built the church.”

Pastor Donnie took this same avenue of outreach in his mission work. “These were the same initiatives we instituted in Jamaica, West Indies. We went into Kingston, Riverton City, Ocho Rios, Montego Bay, Saint Mary’s, Spanish Town, Runaway Bay. We took that over there, and started doing what we’re supposed to do. Christianity is more than just going to church. If you’re not helping to change people, if you’re not really making a mark on people’s lives and coming off your high perch and getting down into the trenches, then what are you than just another religious organisation? We’ve got too many of those.” In his own words: “We have so many churches, but our communities are still lacking. Our communities are still languishing because the bottom line is, we’re just doing this for our religious purposes and not for really helping and changing people’s lives. We have to get back to the true essence of what the Church is supposed to be.”

Now in his seventeenth year of ministry, Pastor Donnie McClurkin is the Ecclesiastical Elder for the northeast region of the Perfecting Fellowship International. He is most comfortable behind the pulpit, preaching and teaching the Word of God. This gift brings him before the congregations of great men and organisations, such as: Bishop TD Jakes, Pastor Matthew Ashimolowo, Bishop IV Hilliard, Bishop John Francis, Dr Creflo Dollar, Trinity Broadcasting Network, Daystar Television, and in pulpits across South Africa, Zimbabwe, Ukraine, Brazil, Caribbean Islands, Canada, Suriname, Ghana, Amsterdam and London.

Lurine Cato Is Ready to ‘Dance’