More than one billion children are impacted by violence every year, but less than £860m is allocated by wealthy nations to keep children in developing countries safe from harm, aid agencies have warned.

A new report published by a coalition of aid agencies including World Vision, ChildFund, Save the Children and SOS Children’s villages, Counting Pennies: A review of official development assistance to end violence against children, found that only a tiny fraction of money given by countries around the world goes toward ending violence against children in developing nations.

The report estimates that of £135bn given in 2015 as official development assistance (ODA), less than 0.6 per cent was allocated to projects that address violence against children. There were 1.66 billion children living in the 107 recipient countries that year, meaning that the money given equates to around 50p per child.

Trihadi Saptoadi, World Vision’s Global Leader for Impact and Engagement, said: “Violence against children undermines all aid and development activities. Partnerships, like the one backing this report, are vital in addressing an issue of this magnitude. An end to violence against children is within reach and we will see the greatest impact by working together.”

Marta Santos Pais, Special Representative of the United Nations Secretary-General on Violence against Children, said: “While commending states’ commitment to end violence against children, it is deeply worrying that less than US$1.1 billion of ODA is estimated to be spent addressing this critical human rights concern.”

Violence compromises children’s development, health and education and has a high cost for society – up to almost £5.5 trillion a year, worldwide. Because of this, the 2030 Agenda for Sustainable Development now includes a global target to end all forms of violence against children.

“Children’s lives are at stake and the serious consequences of violence can last a lifetime,” Santos Pais added. “While governments’ policy priorities may have competing demands on scarce resources, the social and financial costs of inaction are too high.”

Manchester attack: Anniversary to be marked in city 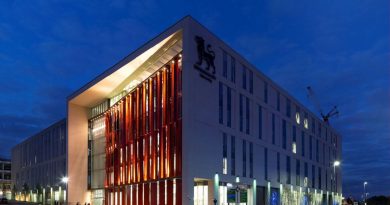