The charity Church Action on Poverty is calling for action to end hunger, as new figures show that 10% of children in the UK are living with ‘severe food insecurity’.

End Hunger UK, a coalition which includes Church Action on Poverty and other charities working for food justice, is calling on the Government to improve provision of free meals for children during school holidays – and to start measuring the scale of food insecurity in the UK.

Josh Fenton-Glynn, End Hunger Campaign Manager, said: “It is simply not acceptable that 1 in 10 children in our country lives with severe food insecurity. We are only finding this out now because our government refuse to measure the level of food insecurity – and it is increasingly clear that government policies are causing the number to rise. With school holidays coming up, more families will be struggling to feed their children. Locally and nationally, we need action to tackle holiday hunger and other forms of food insecurity.”

End Hunger UK will launch its new campaign to tackle holiday hunger at City Hall in London on 27 July. To find out more or support the campaign, visit www.endhungeruk.org

A Timeline Of Giving: Black Philanthropists’ Long History Of Donations In Education 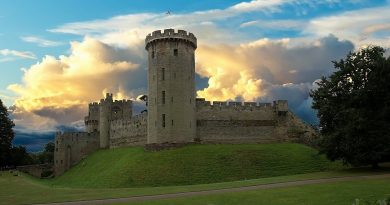