Bishop Donald is a new Vice President for the Leprosy Mission

The Right Reverend Donald Allister, Bishop of Peterborough, has been appointed Vice President of The Leprosy Mission England and Wales by a unanimous vote of the Board of Trustees.

“A huge welcome to the Bishop,” said National Director of The Leprosy Mission England and Wales, Peter Waddup. “We know he will make a significant contribution to the success of our work, not just in terms of spiritual direction, but with his valuable connections within the church and in parliament.”

“I have been supporting The Leprosy Mission’s work for some years and now I want to help raise funds, give support through the church and speak out to rid the world of this terrible disease,” said the Bishop.

“I’ve had an interest in leprosy ever since my university days” explained the Bishop, “through a long-term friendship with leprosy expert, Dr Paul Saunderson, who now heads up research for American Leprosy Missions.”

“The thing that is striking about leprosy is that its sufferers are so stigmatised. I can’t think of any other illness that is so stigmatised that, in some countries, it is legally grounds for divorce.”

“Princess Diana, who was Patron of The Leprosy Mission until 1997, made huge strides in tackling the stigma surrounding the disease by touching leprosy patients. It seems, however, to have gone off the radar since.”

“Although leprosy is a disease in the Bible, I expect many church congregations do not know it is still such a problem today despite being entirely curable.”

At the recent House of Lords debate on Neglected Tropical Disease on 3 April 2017, held to commemorate the fourth anniversary of the London Declaration 2012, the Bishop urged the government to support research into leprosy and highlighted the plight of leprosy affected people worldwide.

For more information about leprosy go to www.leprosymission.org.uk 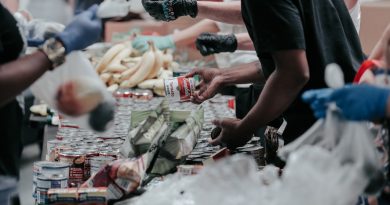