The Royal British Legion is calling on the nation to join forces with them as the charity celebrates 100 years of women in the military.

On Friday 7th July, The Royal British Legion will lead celebrations marking the centenary of the Women’s Arm Auxiliary Corps (WAAC) – the first all-women unit in the UK Armed Forces.

To mark this anniversary the Legion is encouraging all women who are currently serving, or who have served, to join the celebrations and attend a dedicated event at the National Memorial Arboretum in Staffordshire.

The event will commemorate the centenary of the Women’s Army Auxiliary Corps (WAAC), as well as recognise the immense contribution that women have made to UK military capability over the past 100 years. Visitors are invited to watch the Drumhead ceremony on big screens at the Arboretum and join in the commemorations, as well as enjoy the 150-acre site which hosts over 300 memorials.

Charles Byrne, Director General, The Royal British Legion said: “This is an opportunity to recognise the vital role of women in the UK Armed Forces. The roles of women in the Services have changed beyond recognition over the last century but throughout that time their contribution has been critical to the UK’s military campaigns.”

The Womens Army Auxillary Corps (WAAC) was formally instituted by Army Council Instruction Number 1069 on 7 July 1917, enabling the enrolment of women into the British Army for the first time, taking on roles as cooks, clerks, drivers, mechanics, telephonists, and telegraphers. This followed on from contributions of women on the home front, as Britain faced a severe shortage of manpower due to conscription. 58,000 women served in the Corps before it was disbanded in 1921, with 82 women dying in service, and five being awarded the Military Medal.

In November 1917, the Women’s Royal Naval Service (WRNS) was formed, and April 1918 saw the creation of the Women’s Royal Air Force (WRAF). Members of these organisations were the first of many thousands to serve on military operations over the past 100 years up to the present day.

The Legion, since its creation in 1921, has supported, and still supports, women in Service, female veterans, partners and spouses of serving personnel and their children. This ranges from providing crisis grants, offering the children of Armed Forces personnel adventure breaks, supporting with advice on employment, lobbying the government on key issues, and advising on benefits and money problems.

For more information on the event on Friday 7th July visit www.thenma.org/events 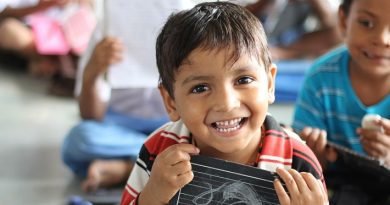