A huge celebration of culture across the capital was kick-started by the Mayor of London, Sadiq Khan, today as he launched the search for the first-ever London Borough of Culture.

The major new London Borough of Culture Award will see the capital’s 32 boroughs bid for more than £1million of funding to stage a programme of world-class cultural events and initiatives, and to develop a plan to make culture an integral part of the boroughs’ future1. The competition will also be supported by a grant of £300,000 from City Bridge Trust, the City of London Corporation’s charitable funder. The City Corporation will also explore how its cultural assets, expertise, and services can support the competition and the winning boroughs.

From today, boroughs across the capital will begin to develop their bids to be awarded this major local funding for culture. In February 2018, two winning boroughs will be named London Borough of Culture, with one taking up the title in 2019 and the other in 2020.

Inspired by the UK City and European Capital of Culture programmes, the competition fulfils one of Sadiq’s key manifesto pledges and aims to strengthen London’s reputation as an international powerhouse for culture, by highlighting the hidden cultural gems across the capital.

The winning boroughs will be chosen based on their artistic vision and ambition to deliver outstanding cultural initiatives in their local area, putting communities at the centre of the programme’s design and delivery.  The top bids will not only be expected to shine a spotlight on existing cultural treasures, but to bring new cultural opportunities to the area, encouraging their own residents to get involved as well as Londoners from across the capital, and visitors from further afield – this might include festivals, exhibitions, pop ups, and other arts activities.

A wide range of London’s leading cultural institutions will help the winning boroughs to realise their vision, including the Barbican, the Museum of London, the Roundhouse, Film London and the National Trust and others. The Heritage Lottery Fund and the Paul Hamlyn Foundation will also work with the winning boroughs to help them secure further funding for bespoke cultural projects.

In addition, £600,000 is available for to up to six boroughs which don’t win the title, but which put forward exemplary projects2.

Another major element of the competition will focus on how the award can bring real change to the winning borough, delivering a lasting legacy for the area. Boroughs will be encouraged to consider how arts and culture can help them deliver their local plans, for example through training and skills development as well as regeneration projects.

Only a third of Londoners feel that they make the most of the culture on their doorstep. From the outset of his Mayoralty, Sadiq Khan has pledged to make growing the capital’s cultural industry a core priority, and today’s launch sees him delivering on a key manifesto commitment to ensure the capital’s cultural riches are celebrated through the entire city and accessible to as many Londoners as possible.

Contemporary artist Bob and Roberta Smith joined Sadiq Khan at City Hall this morning, where he unveiled an artwork created especially for the London Borough of Culture launch.

Sadiq Khan, Mayor of London, said: “Culture is the DNA of our city. It has the power to transform communities and to bring people closer together. Now, more than ever, there is a pressing need to reach out to our neighbours and celebrate London’s unique and diverse culture. London Borough of Culture is a great way to do just that whilst showing the world that our cultural gems extend way beyond the centre of the capital to all corners of the city.

“From the outset of my Mayoralty, I pledged to make growing London’s culture a core priority and I’m proud to launch this ground-breaking new initiative, which I know will bring culture to life across the city. I can’t wait to see what inspiring ideas our boroughs have in store.”

Justine Simons OBE, Deputy Mayor for Culture and the Creative Industries, said: “We are so lucky to have such inspiring culture on offer every day in London. There is always something to discover, every London borough is full of talent, culture and creativity. London Borough of Culture is a chance to be ambitious, to celebrate what we love about our boroughs and to dream big!”

Catherine McGuinness, Policy Chairman at the City of London Corporation, said: “As well as its importance to the UK’s economy, culture is important to us as individuals – it enriches us all. Whether you’re spending half-an-hour wandering around an art gallery, attending a talk with a favourite writer, or taking in a night at the theatre, engaging with the arts enables us to escape from our own lives and experience someone else’s. As one of the UK’s largest funders of cultural activities we look forward to seeing how the winning boroughs empower their residents to connect with the arts. This initiative has been described as a game-changing cultural programme and it is set to change people’s lives and communities for many years to come.”

Jane Hamlyn, Chair, Paul Hamlyn Foundation: “At Paul Hamlyn Foundation, we believe in the power of the arts as a force for change, one that enriches the lives of people and communities.  The London Borough of Culture programme is an ideal opportunity to see this belief translated into action and we very much look forward to seeing how Londoners respond to the Mayor’s challenge.”

Stuart Hobley, Head of Heritage Lottery Fund for London, said: “London is a vibrant city, one of constant reinvention and its heritage is all around us; it’s time to celebrate those local history stories with such a global reach! Heritage, arts and culture define us; they give us identity and the passion to share our community stories. From the exceptional array of history found in our outer boroughs, to the bustle of the city centre, London is a thriving and growing city and one where heritage is at the heart of all aspects of our modern life.

The London Borough of Culture is an exciting opportunity to champion this and for us all, together, to have a voice in singing-out about what makes London special.”

Cllr Darren Rodwell, London Councils’ executive member for city development said: “Each and every one of London’s boroughs makes a huge cultural contribution, not only within their own individual areas, but as part of the rich tapestry of cultural life city-wide. This exciting new competition will not only allow boroughs to stimulate fresh ideas in their communities, but will shine a light on their existing hidden treasures: bringing in visitors and encouraging a renewed connection with the arts. I look forward to seeing the bids and urge boroughs to grasp the opportunity the contest presents.”

The closing date for boroughs to submit their bids is 1 December 2017. The London Borough of Culture Prospectus, a video featuring the Mayor of London, and guidance on the application process is available at www.london.gov.uk/boroughofculture. 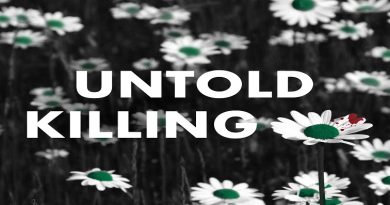