HOUSTON – July 11, 2017 – Ian Jakovan Dunlap, founder of the boutique business and finance consultancy Hyper Acceleration, recently became a member of the 2015 Society for the National Museum of African American History and Culture in Washington, DC in an effort to spread the message of preserving and embracing the contributions of African American to the United States.

The Museum is the only national museum devoted exclusively to the documentation of African American life, history, and culture. It was established by Act of Congress in 2003, following decades of efforts to promote and highlight the contributions of African Americans. To date, the Museum has collected more than 36,000 artifacts and nearly 100,000 individuals have become charter members.

Dunlap said he was compelled to make a significant investment in the museum because it serves as a place of collaboration that reaches beyond Washington, D.C. to engage new audiences and to work with the myriad of museums and educational institutions that have explored and preserved this important history well before this museum was created.

“It provides an opportunity for those who are interested in African American culture to discover and revel in this history through interactive exhibitions,” said Dunlap. “It helps all Americans see how their stories, their histories, and their cultures are shaped and informed by global influences. It explores what it means to be an American and share how American values like resiliency, optimism, and spirituality are reflected in African American history and culture.”

Born in East Chicago, Indiana, the father and entrepreneur is a graduate of Indiana University Bloomington. He is a former marketing executive whose past clients include Chevron, Eastern Bank Limited and Reebok, and a fund manager that specializes in a new type of investing.

“When I began investing I noticed that almost everything that we, the public, had ever been told about investing is wrong and doesn’t work,” said Dunlap. “Theory is one thing, but I quickly realized that a lot of these ‘lessons’ caused me to lose money so I began quickly writing down every insight that I had about the market every day. I know work with clients who are seeking ‘hyperaccelerated’ growth in the market.” 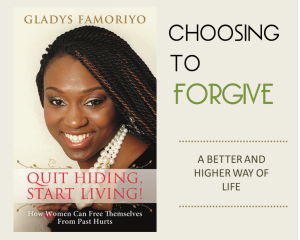 Are you in Hiding? By Gladys Famoriyo

KTF REWIND: Having A Fresh Start With God