Full casting has been announced for the brand-new arena spectacular Heaven on Earth which will be touring arenas across the UK from December 2017 to May 2018.

The greatest story ever written comes spectacularly to life in a brand new musical experience. This epic and inspirational journey of Adam and Eve is told through state of the art digital technology, innovative staging and stunning choreography.
Joining the previously announced star cast of Kerry Ellis as Eve (Wicked, Cats, Les Miserables, We Will Rock You) and Hugh Maynard as Adam (Miss Saigon, Jesus Christ Superstar, Lion King), and featuring the voice of the UK’s award winning and bestselling classical artist, Russell Watson as God, are:

The greatest story ever told will come to life with Heaven on Earth, a classic re-telling of the story of Adam and Eve and their fall from Paradise. It is an exhilarating story of love, loss, and redemption, and an exploration of the universal search for the meaning of life.

For further details about Heaven on Earth go to www.heavenonearththemusical.co.uk 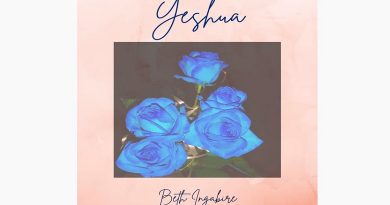 New Music: ‘Let Me See Those Hands’ By Ni-Cola