The Archbishop of Canterbury, The Most Revd Justin Welby, commended Sudan’s Mothers’ Union on Sunday, saying, “I recognise the importance of Mothers’ Union in Sudan. You are the heart and love of the Church. May God bless you.”

In a sermon at the inauguration of the Anglican Communion’s newest and 39th Province, Sudan, he continued, “Provinces of Mothers’ Union around the world are praying for you today and always.”

The Province’s first Archbishop and Primate, The Most Revd Ezekiel Kondo, thanked Mothers’ Union for their support and for “always being there.”

Sudan’s Mothers’ Union leaders sent a message thanking the four million strong membership globally and calling on them to pray for the Province and for Sudan. Many Mothers’ Union members from as far afield as Trinidad and Tobago to New Zealand have taken to social media to welcome the new province and their fellow sisters.

In a letter to the new Archbishop Ezekiel Kondo, Mothers’ Union President, Lynne Tembey said, “May all who lead the Church in the newly formed Province of Sudan, guide and direct those within their care with love and compassion seeking God’s guidance in all things. I pray too for all people in Sudan. May the light of Christ continue to be your light, your guide and pathway.”

Mothers’ Union’s Development Team from the United Kingdom spent the week prior to the ceremony in a workshop run by the Mothers’ Union Sudan leadership. The leaders, who represented Dioceses from across the new Province, mapped out their priorities for the future. They included education, growing and developing good leaders within Mothers’ Union and building capacity of individuals, especially women.

Nicola Lawrence, Mothers’ Union’s Head of Development and Policy said, “We have met with Mothers’ Union leaders from across Sudan listening to their joys, challenges and the hopes and dreams they have for the future. Every day I have been humbled and inspired by the passion and commitment of the members who selflessly and sacrificially serve others in the community from visiting those who are sick in hospital or in their homes, supporting those in prison, to building the capacity of women through literacy, skills training and savings groups.”

She continued, “Please pray for Mothers’ Union Sudan as they move forward together as a new province working together to be salt and light within their communities.”

Record 50.8 million people displaced inside own countries by conflict, violence and disasters 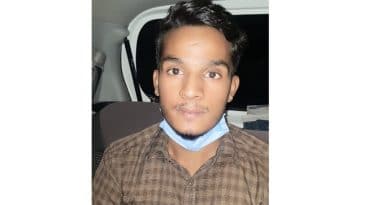 CSI continues to fight for freedom of young Pakistani Christian