With national elections taking place in Kenya tomorrow (Tuesday) faith leaders are hard at work to ensure that tribal violence doesn’t erupt like it has in the past.

Christian Aid is overseeing a project in Marsabit County in the north of the country which was a hotspot for violence in the last election in 2013.  Before than in 2007, violence led to more than a thousand deaths across the country and the displacement of 600,000 people.

“In this election the stakes are very high, “she said. “If the opposition don’t win this time they may well become irrelevant so they are especially keen to mobilise the electorate. At the same time, the current sitting Government are not ready to give up their political position.

“In Marsabit in 2013 the minority tribes united together to oppose the Borana majority. They won every seat and the Borana were completely sidelined. This  led to a lot of animosity which sparked violence which resulted in deaths, displacements and destruction of property .

“We are doing a number of things to try and prevent the same thing from happening again.  Faith leaders have a unique role to play because they are respected by people across tribal groups and are known to be impartial and able to mediate.  Christian Aid is helping them to facilitate dialogue between different factions to encourage people to recognise other’s opinion and see things from a different perspective from their own.

“After any election there will be winners and losers. We have helped to set up local peace committees whose members are  selected by the community. Faith leaders are working with these groups to identify shared issues of concern. It is hoped that these formal avenues of communication will allow grievances to be addressed instead of physical violence.”

The work is being funded by the Start Fund, a humanitarian rapid response fund supplied by the Department for International Development and managed by NGOs to address under the radar emergencies.

Ms Fazal said they were also preparing to send emergency help should conflict flare up.  “We are pre-qualifying suppliers in advance so that if we need to deliver emergency food, water or essential household items we can do that as quickly as possible.  We’re also helping communities to develop their own plans and identify safe havens where they can escape to should violence erupt.”
Joe Ware 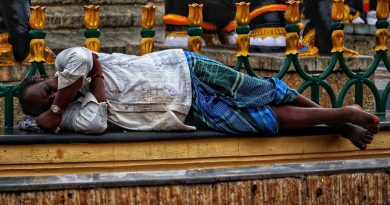