The innovative Saltlight Group who recently organised US gospel artist Travis Greene’s ﬁrst live concert in the UK, are partnering with one of UK’s favourite gospel groups Volney Morgan & New-Ye to coordinate a dynamic concert to mark the launch of their second album FOCUS Deluxe.

The MOBO nominated Volney Morgan & New Ye known for their vibrant moves and rhythmic sounds are now heading towards their 11th year in ministry. This year saw Volney Morgan & NewYe win the Premier Gospel Award for ‘Best Choir Of the Year’ for the second year in a row and also saw them ventured  into new avenues with the Sister Act Live Show

In true Volney Morgan & New-Ye fashion they surprised their fans with an unexpected EP release entitled ‘Any Given Day’ which consisted of refreshed archived songs that were not previously released. This year also saw the release of their latest release ‘Lock Me Away’ which is the ﬁrst single from their upcoming album FOCUS Deluxe.

The Focus Deluxe Live Album Launch will be taking place on Saturday 19th August at The Arc Church (Forest Gate). And will include performances by talented UK gospel artists Jason Nicholson-Porter, ’The Voice’ contestant Israel J Allen who features on the single ‘Lock Me Away’, Tehillah Daniel, Becca Folkes who features on the foot stomping ‘Fight this Battle’ and Rapper Triple O. There will also be some laughs on the night with host and London based comedian Bishop Shacklefoot. This Live Album Launch it is preparing to be a night to remember. With Volney Morgan and New Ye’s vibrant band and energetic singers they never disappoint on giving you a passion and enthusiastic delivery of the Gospel and this consistent group are sure to have some surprises awaiting all who attend. 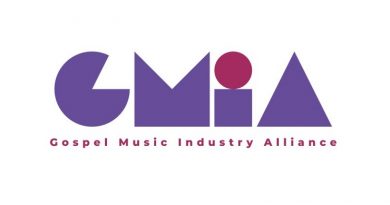 GMIA launches out of lockdown with industry changes