Stephanie Sounds is a London born songstress, who grew up in an intense soul drenched atmosphere, which only a gospel choir can provide.  Stephanie began singing with world acclaimed London Community Gospel Choir when she was 9 under the watchful eye of her father Rev Bazil Meade (godfather of gospel). Her earliest touring duties starting at the age of 11, travelling the globe and honing her ‘strong soprano with the husky undertone’.

A childhood surrounded by music and creativity and an intensive training ground, which helped hone Stephanie’s talents and put her on a world class playing field from a young age. Song writing became an escapism to help her handle the opportunities that came but also her loneliness that often would creep in. It helped her develop her strength of character and an outlet to vent her insecurities

When the time came to spread her wings, she flew and having known she would not be pursuing a gospel path, she diversified and once again went into training to learn from some of the world’s leading artists. Providing backing vocals for Celine Deon, Florence and The Machine, Jessie J, Blur, Kasabian, Will Young as well as touring extensively with Daniel Bedingfield and his chart-topping sister Natasha Bedingfield, Lemar, Jamelia, Westllife and Mcfly. However, it was her time with dance outfit Faithless that she holds as her dearest though, opening her appetite for real diverse musicality and expression.

Stephanie has just finished writing her debut album ‘Much Better’ which is a behind the scenes glimpse into her life. A vivid portrait of how she wants to tell her story and an honest account of life’s peaks and troughs, a daily battle with depression, self-doubt, frustrations and anxieties. An eclectic sounding album with too many highlights to list but just some include the first single ‘Much Better’, a song of self-discovery, making mistakes and finding a vice to help find what you’re looking for and the self-destruction that follows…. The journey continues for Stephanie.

Other highlights include ‘Do You Love Me’, a tender piano intro which leads into heartfelt and bittersweet lyrics about family, and feeling like you are growing up on the outside and being misunderstood. Family is a theme that is strong on this album and is evident in ‘Choken’ a tale of trying to find yourself and leading a path that was not what was expected for you by others to ‘In Your Eyes’ in which Stephanie explores the relationship with her father.

Stephanie’s ability to put her feelings so eloquently into her songs is an enviable skill, she can connect with people from all walks of life who can interpret the songs and make them relevant to what is happening to them. A hugely creative new artist who not only uses music to express her feelings she is also a fashion designer, with her own label brand www.solondonboutique.com, is there no end to her talents?!

Stephanie Sounds is an exciting new artist, who has finally found the courage to be who she really wants to be….

Listen to the full album on Sound Cloud here: 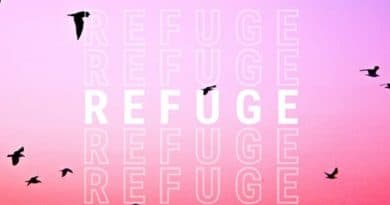 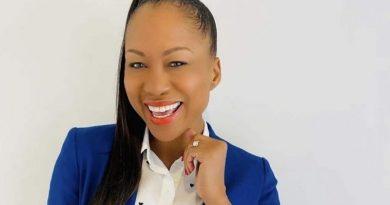 Maxine Reyes from USA releases “Rise Above The Storm”