Born in North London to a struggling single mum, 26-year-old Leslie Abrokwaa spent the early part of his childhood in Ghana, where he learnt the respect and discipline that would make him a model pupil. But, when a life of crime beckoned, Leslie found himself in prison – with little prospects for the future.

Keep The Faith caught up with Leslie and in his own words he tells how, with help through the Salmon Youth Centre, he is about to start his Youth Work and Technology degree at the prestigious Cambridge University – a fate Leslie describes as “a dream come true” and “nothing short of a miracle”.

“I built a strong bond with my half-brother, who was five years older than me, during my teenage years. He was always in the latest clothes, latest cars, and always had different women. I wanted all these nice things he had, and I didn’t want to ask my mum for the money so I thought, Let me start selling drugs, make my own money and buy my own things.

“At the same time, I enrolled into college to study a BTEC National Diploma in Media. I got a job at Marks & Spencer’s so I stopped selling drugs after seven months. But due to the recession, M&S had to let a lot of employees go.

“After losing my job, a close friend of mine came to me and told me about a ’job‘ we could do, which involved holding up a brothel house.

“At first I said No, but he persuaded me and we went to do the deed. The robbery didn’t go according to plan: firearms were left at the scene, and I ended up taking the rap for all three of us that were involved. I was charged with possession of two firearms and attempted robbery. I was looking at 10 years in prison. I got three and a half years.

“The hardest part of jail was seeing my mum lose so much weight; seeing her fight back tears whenever she came to visit me, and hearing her say the words: ’I didn’t think I’d ever see you in a place like this.’

“I did a year in prison and then came out and did the rest as a suspended sentence. I wanted to go back to college to finish my BTEC and make my mum proud. I came out with a triple Merit grade and got in to Luton University in Bedfordshire to study Film Studies and Media. I moved to Luton and stayed in a house with some friends.

“While I was up there, I got swept back into the road thing, deeper than I was before, and went back into selling drugs – this time, Class A drugs. A lot of my friends were making a lot of money from it, and it just seemed quick and easy, so I decided to just jump in. I didn’t do it for long.

“After two and a half years at uni I decided to quit and went to pursue music. I encountered a lot of things spiritually in the music scene that I just didn’t agree with. I went to church and got re-baptised as a Christian, and it was in the pool that I first met Sam Adofo, the Director of Salmon Youth Centre. Sam was a Deacon at the church, and he and the pastor baptised me. Sam took an interest in me. He gave me his card, told me what he does, and told me if I was ever interested in doing youth work I should get in touch.

“At the time, I was doing an apprenticeship at a law firm in an administration role. One day I work up in the morning and I heard this voice say:“You should do youth work.” From there, I started volunteering and helping out with music at Salmon before getting on to the Youth Work apprenticeship course.

“Things started to progress after that. I now have my Level 3 Diploma in Youth Work, and I’m now the full-time Music Youth Worker at Salmon. I love the job I do. I’ve never had a job where I’m happy to come in – even on days I’m not supposed to. It’s something I’m really passionate about, to be able to sow seeds of positivity in young people and to know that every young person has their own story and their own journey.

“I went to share my story at Cambridge University a couple of times with Salmon, and got to know some of the people there. When the opportunity arose up for me to do a part-time degree in Youth Work and Theology at Cambridge, it was a no-brainer; you don’t think about that twice!

“I’m now doing Christian music – as ‘Forever Skye’. My EP launch was held at Salmon in June, with the artwork for the event created with help from young people at Salmon. Sometimes I still can’t believe it – me, the boy that turned his back on God and ended up going to prison, is now working in this great job, and about to be studying at Cambridge. I’ve now got to really make sure I finish my degree and make my mum proud.”

ABOUT THE SALMON YOUTH CENTRE

The Salmon Youth Centre in Bermondsey has been reaching out to young people in inner city London for over a hundred years. Their multi-purpose facilities and skilled staff members provide a safe place and purpose for young people from the ages of six to 24.

improving their Health & Wellbeing; involving them in positive Community Engagement, and preparing them for Education and Work.

The Salmon Youth Centre believes that every young person has potential, and they work intensively to inspire young people to reach this potential and to contribute positively to the community they live in. 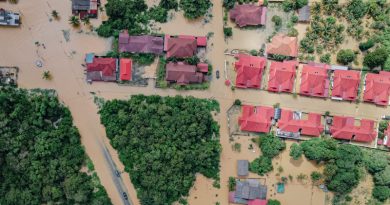 Artists announced for Resonance: the Lockdown Edition, for BAME music-makers