I recently returned from spending a few glorious days in Lambourne—out in the middle of nowhere—on the Sheepdrove Organic Farm, with big-hearted baker, Syd Aston, and his wonderful crew of ‘boys and girls’, as he fondly refers to his staff.

As some of you may know, I recently started the enterprise, Sour Flour Jamaica, which is a bakery that uses the ancient tradition of sourdough fermentation. I had been bemoaning to Syd that my sourdoughs were coming out harder than I’d like them to be. Now, even though I know that sourdough is an entirely different animal from industrial loaves, and is typically firmer, harder, tough even, in comparison to industrial bread, I wasn’t quite happy with mine.

I once went to a restaurant with a group of friends. One of the girls ordered sourdough with her meal and promptly sent it back with the complaint that she didn’t like tough bread. “But that’s the way it’s supposed to be,” I told her, but she wasn’t having any of it.

On the other hand, I recently met an army retiree, who had spent several years in Germany. He was accustomed to tough German bread and absolutely loved it. “I’ve got some bad teeth,” he told me, pulling his lips apart so I could see into the corner of his jaw, “but I absolutely love that bread. Whenever I get a loaf, bad teeth or not, I sit and eat it, and I don’t stop until it’s all gone.”

He understood perfectly the nuances of sourdough and his tale brought a smile to my face. Nevertheless, I felt that my offering needed a bit of tweaking and so, at Baker Syd’s invitation, I hopped on the train and headed off to Lambourne.

“Your issue is probably something very simple,” he told me, “and I’m sure it’s something that can be quite easily fixed.”

Alongside observing Syd’s production process – interspersed with many enlightening conversations – I mixed up a few batches of sourdough using my customary recipes. These were baked alongside Syd’s for experimental comparison. I wanted him to assess my loaves and tell me where I was going wrong.

He very kindly gave me some useful suggestions but overall he assured me that the loaves were fine. He reminded me that, in order for people to enjoy real bread, it was mandatory for them to have a real bread knife. He also shared a few of his recipes with me, such generosity coming from the fact that when he was learning about sourdough there wasn’t much written information available, and he had no one to assist him. His philosophy is that information is there to be shared, and that there is nothing to be gained from being selfish with it. Oh that more people would get a hold of that fact!

And so I spent those few days in baker’s bliss, surrounded by green fields, grazing sheep, fresh air and the savoury aroma of organic produce and real bread—if you ever want the quintessential conference centre that’s off the beaten track, then Sheepdrove is certainly one to consider. I scarcely wanted to leave but I had to.

And now I’m back, armed and ready, to bake up some more batches, using higher hydration doughs that should lend themselves to a bit more moisture in the sourdoughs. Hopefully, this will appease those whose palates have become so accustomed over the years to the no need to chew industrial loaves that dominate the market today.

Since the advent of commercial yeast, sourdough baking died the death but, in recent years, it has been experiencing a comeback, and its popularity has been increasing among bread connoisseurs and health enthusiasts. One of my customers told me that the spelt loaf she had from me was a little hard to cut, but that she enjoyed it nevertheless and that—pardon the indelicacy—she was still able to ‘go’ after eating the sourdough. Now, that makes all the difference to me! 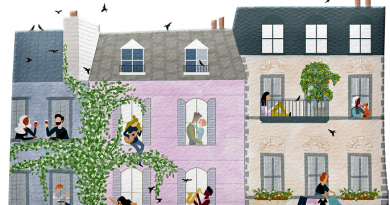