Anyone remember those big, bulky boxes that you had to spread your sheet of acetate onto, for the words of worship songs to project onto the wall? It’s akin to the public telephone box, in that people of a certain age won’t really have a clue what it is. And what about cheques, or even cash, for putting into the collection box? When was the last time you put anything into one of those? Do you, like most of us these days, text your offering in, or otherwise transfer it electronically? And what about your Bible? Do you still take that to church with you? A real, hardcopy Bible, I mean — paper and leather – and not just the electronic one on your phone or tablet.

I would say that, for most of us, technology has certainly changed the way we do church, and I would dare to say that some of the outcomes, as with any major shifts, were unintentional and unforeseen. I must stress at the outset that nothing I outline below is intended to be a criticism of technology or the way things are done now. They are merely observations, and I find them striking because I sense that they have crept up on us unawares, and that is—well, let’s just say, a puzzling feeling. For me, anyway.

Let’s take the old projectors, for instance. The last church I attended had state-of-the-art technology: a full screen – from floor to ceiling, across the entire platform; dazzling graphics and sound that accompanied every song; video announcements, including a countdown for when the service was about to begin. It had theatre lights and seats—the works! Certainly, I enjoyed it. But then, several months later, when I happened to attend another church that wasn’t as slick in their presentation, I caught myself looking down my nose and wondering why they couldn’t fix things.

Then there’s the matter of electronic giving. Yes, I succumbed to that. It was just more convenient: get it done and out of the way, usually at the same time as I’m paying my other bills, and strike it off my to-do list. And therein lies the rub. Giving is not a ‘to-do’ item; it’s supposed to be part of the act of worship. Maybe some people have approached it reverently, but I found that I was simply paying it off like any other bill. At least when the buckets go round in church, you give some thought to it and a prayer is said and, I imagine, the giver focuses for a moment on the One to whom the offering is being made.

It’s great – not to mention convenient – to have Scriptures projected during services. I’m not sure what the original thinking was behind that, but certainly one of the unintended consequences is that many people no longer take their Bibles to church. I, too, am sometimes guilty. I do take mine with me for the most part, but there have been times when I have decided that it’s too heavy to carry and, safe in the knowledge that Scriptures will appear on the screen, I have at times returned my Bible to the shelf and have headed out to church, armed with my fashion-coordinated handbag. What is that?

Another unintended consequence is that, even when I do have the energy to carry my somewhat large Bible with me, I find that I am less adept at finding certain books—take the book of Joel, for instance. If the preacher asks us to turn to Joel, by the time I have found it, he’s finished reading the verses in question. There used to be a time when I knew all the books of the Bible by heart. But, now, especially since Google serves as well as any concordance, to my shame, I only really know where to confidently find Genesis, Revelation and perhaps Matthew, Mark, Luke and John!—and Psalms, because it’s kind of in the middle.

As for internet churches, I find them to be a great benefit. I feel that God has spoken to me so many times through various sermons, but sometimes I feel I may be in danger of constantly dining and simply growing fat, since there is an endless assortment of sermons I can choose from. Sometimes, I have consciously turned them off for a while, whenever I’ve sensed that I am simply having ‘itching ears’ and merely consuming more and more for the sake of consumption. I hasten to add that I would never be without internet church, and it’s been one of the best, great inventions of the modern theological age.

Social media has also had its impact on church culture. A plethora of e-groups abound, and they do have their place and uses, much like the telephone. But, personally, I find that sometimes the more connected we are, the less personally engaged with each other we become. There are some people who send me scores of forwarded messages in any given week, and I have become so bombarded with the total number across the board that my default reaction has increasingly been to simply delete them all. It would require a full-time job if I were to pay attention to every single message that landed on my social media platforms; and I recently said, jokingly, to a friend that I think social media should now be banned—period!

And, by the way, when was the last time you saw a member of the worship team using a music stand? They subtly disappeared without notice. Technology is certainly here to stay and, at the rate the innovations are advancing, I think it might not be long before we can design a museum to showcase the way we used to do church!

The Heart of the Matter! 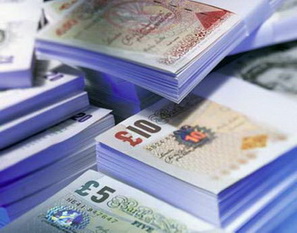 One thought on “Technology: Changing the Way We do Church by Joy Roxborough”