The topics of fatherhood and manhood are two of the most widely debated in some areas of the Media. Perhaps the reason for this is the perception that both are at an all-time low, particularly in the Black British community. The prevailing image of Black fathers is that they are failing not just their children and partners, but their communities. However, before we can enter such a debate, I’d like to suggest that the definition of these terms is critical. After all, until we define the role and actions of men and fathers, chances are we will be debating until the cows come home. We need to know either what ‘good’ looks like or, at the very least, what the absence of good results in and, since we cannot measure some things, we need to be able to take a qualitative approach to these questions. And we can talk about expectations.

The role of father, by its very nature, sits alongside the role of mother. The primary biological purpose of the mother and the father is to create and nurture a child. Like any good process, we must have objectives. I’d like to suggest that the prime objective of mother and father should be to produce a well-balanced, well-adjusted citizen of the world, capable of constructively contributing to his/her environment and, when the time comes, to do the same for their children. I could go on to use many a flowery word to describe the expectations of a father specifically but, instead, let me provide researched results of these two extremes: having a father involved and not having a father involved. Here are 10 points about children having fathers involved:

Now, for the most part, children always have fathers, so perhaps the phrase we are truly looking for is ‘involved fathers’. This changes the dynamic of the sentences, and would make it clear that it is the child with the involved father that will gain the benefits and avoid the pitfalls of the points mentioned above. Let me quickly put to bed something which, as a question, always rears its head. The research did not say: “Children that live with their fathers….” In other words, a child can enjoy the benefits, even if Dad does not live with that child and, likewise, a child may experience the pitfalls while living with Dad. The keyword, which I have added is ‘involved’. An absent father is not just the father who lives apart from their prodigy; we know full well that a physically present father can be so emotionally absent or abusive that the child gains nothing from his presence. However, clearly a father with day-to-day access to their child will be more able to be involved – if he is so inclined – than one with only limited access.

But, of course, manhood is different to fatherhood. So let us turn our attention to the makings of a man. I opened a seminar of manhood at the Black Men in the Community conference with this simple phrase: ‘All men are male, but not all males are men’. So what truly makes a man….a MAN? The dictionary defines manhood as ‘The state of being a man as a human being’, or a man as distinguished from a child or a woman. In this age of political correctness, manhood is extra difficult to define, so please indulge me as I abandon political correctness and get to the heart of the matter…

I have only scratched the surface regarding manhood and fatherhood but, suffice to say, the importance of men and the role we must play is clearly critical.

Paul Lawrence is a trainer, mentor and father.  His book, 101 Lessons I Taught My Son is out now.  Visit www.101lessons.co.uk for details. 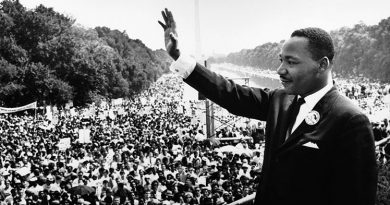 Reflections: What Black History Month means to us by Marnita Coleman