Seven-year-old Kayla Powers aced 20 other performances and came out as the overall winner in the first Gospel Factor Talent Show, which was staged at the Bethel Convention Centre recently. Lebert and Janet Dawkins, founders of the charity ‘Blessed 2 Bless Community Project’, organised the show to help raise aspirations among young people, by giving them a platform to share their creative talents with their community.

Kayla, who has only been dancing publicly for two months, all but brought the house down with her dance performance to ‘Consuming Fire’, which the judges described as “stunning”.

“The energy coming from Kayla was absolutely incredible,” one judge said.

Trevor Minto, one of five judges who deliberated the decision, said they selected Kayla because she scored the highest outright. “All five judges scored individually,” he said, “and Kayla hit all the right spots across the criteria areas: overall performance, creativity, audience response and stage presence. We all felt individually that her performance was outstanding.”

Eighteen-year-old classically trained flautist, Rachel Taylor, who wowed the crowd with ‘Oceans’ and also earned herself a standing ovation, came in second place, while 9-year-old Daniel Letman, who belted out his mesmerising rhythm on drums, was placed third.

Co-founder Lebert said: “I feel truly honoured that God entrusted me with this task and that I was able to fulfil it. Giving the youth an opportunity to express themselves gives me great joy. I am both humbled and thankful to God, and I’m now getting ready to start planning for Gospel Factor 2018.”

Despite the event getting off to a late start, the audience was enthusiastic throughout. They were so wowed with the quality of the presentations that they responded to the contestants with several standing ovations. Not surprisingly, Kayla’s performance was one of those for which the audience stood in rapturous applause.

Other presentations included: the bold drum beats of self-taught female drummer, Aaliyah Jay; the fluidity of Brehana and Taeshia, as they shook off shackles and impressed judges with their high-energy dance presentation; the poised confidence of 14-year-old Terrell, playing ‘He Looked Beyond’ on the saxophone; the cool ease of 10-year-old Dimitre’s drumming rendition; the heartfelt twists and reaches of 12-year-old guest artiste Leah Dawkins’ (aka Heaven’s Girl) interpretive dance of ‘Take me to the King’ that brought the audience to their feet for the second standing ovation of the night; Janelle’s crisp and clear song vocals performing ‘I belong to You’; singing duo, Relentless (Jahmelle and Felicia), in their powerful rendition of ‘My World Needs You/You Made a Way’, as they bounced energy off each other with their wide-ranging stage utilisation; the upbeat melody of Mz Tyra J doing ‘Love For Me’, and the measured and mellow notes of Analise singing ‘God Provides’.

Emerging poet, Ange, took the audience on a spoken word journey with her eloquent poetry that she writes out of her own struggles as a Christian. Judges commented on the truth of her content. La Sanya, adorned in her Jamaican national costume, also took the stage confidently, and delivered her clear-voiced spoken word presentation.

Among the singers, 11-year-old Alesha impressed judges and audience with her powerful rendition that utilised the full range of the vocal scale. She inspired the audience to their third standing ovation of the evening, and left compère, Evon, exclaiming: “Oh my! Oh my! Oh my! Wow—wow—wow!” as she bounded back on stage to rejoin Alesha after her act. Compère Darius described the 11-year-old’s performance as having left a shift in the atmosphere. ”Amazing”, ”controlled” and ”fantastic” were some of the words the judges used to describe it.

The treasure trove of talent unleashed that evening also included 16-year-old drummer, Javarn; Renaye, with her own rendition of ‘Oceans’, and the Gospel Arts Production dance team (GAP), in their funky costumes, jiving and somersaulting to positive lyrics all across the stage.

Throughout the evening, compères Darius and Evon did an excellent job of entertaining the audience in their own right and keeping things flowing. The children were given an opportunity to open the event with several prayers that they had prepared.

When asked, all contestants spoke about entering the competition because they wanted to do their best for God’s glory.

Plans are already being made for Gospel Factor 2018. “We have learnt a lot from this year’s event,” Lebert said, “and we are trusting God for an even better event next year. To God be all the glory!” 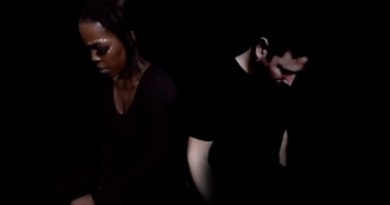 LYTIE: An artist who’s getting better with time