Thousands of Christians attended the funeral of Bishop Sydney Dunn, founder of Bethel United Church of Jesus Christ Apostolic (BUCJC). The Jamaican-born Bishop was 95 when he passed away.

At its peak, BUCJC, the denomination he started in Birmingham in 1955, had 42 congregations throughout the UK, as well as church plants in America, Canada, Africa and the West Indies.

Under Bishop Dunn’s leadership, BUCJC built the only Black-owned conference building in the UK, Bethel Convention Centre, a 2,500-seater building based in West Bromwich in the West Midlands. It’s a venue used by Christian and secular organisations.

Due to the high regard in which people viewed Bishop Dunn, three funeral services were held in his honour. The first one took place at BUCJC’s mother church in Gibson Road, Handsworth, on August 22. Bethel Convention Centre was the venue for the two other services, which were for the national church and international followers.

Bishop Dunn was born in St Mary, Jamaica on October 12, 1921, and became a Christian as a teenager in Shiloh Pentecostal Church (SPC). He started pastoral work aged 19, and was destined to become head of SPC, but made the decision to migrate to Britain in the early 1950s to make money and go back to Jamaica. God had other plans, however.

Bishop Dexter Edmund was part of the team that organised the funeral. His mother grew up with Bishop Dunn and, as a result, views him as a beloved uncle. When asked his views on him, he shared:

“Bishop Dunn was uniquely anointed to preach and teach the Word of God. He was a church planter; he was also a visionary and felt the church should expand.”

He added: “ Bishop was a larger-than-life figure. He was also a very kind man.” 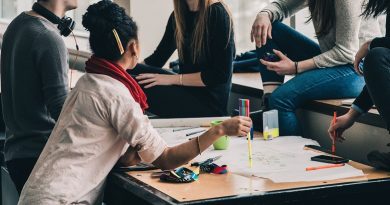