The Rising conveys the message of God’s people uniting for the Kingdom of God, and the bold lyrics express a determination to stand for Jesus Christ in a dark world. Angela is looking forward to unveiling The Rising, she says “I’ve had the privilege of working with some amazingly talented people on this album and I can’t wait to share the results. The album has 11 tracks on it that will bless, encourage, challenge and inspire. I hope to see a lot of people coming out on 07.07.17 to experience it live.”

After 10+ years Angela Ifonlaja makes a return to the UK gospel music scene after being in popular gospel trio Eternal Excellence. From 2016, Angela has been working on her solo album, which features MOBO award winners Noel Robinson and Faith Child as well as renowned Northern Ireland based worship leaders, Mark Ferguson and Ian Hannah. It also features Rony Padilla, Dublin based Tomilola Allen-Taylor and popular youth choir, NXGN. Angela says that the collaborations on the album reflect the 3 places dear to her: London where she grew up, Northern Ireland where she lives and her Nigerian roots. The album was produced by award winning producer, Goz-i-am and written by Angela Ifonlaja and supporting writers. The result is a treat for the ears and tonic for the soul.

For a taste of THE RISING, listen to Angela Ifonlaja’s ‘Light Of The World’ and ‘Change’ lifted from the forthcoming album. These singles are evidence of heartfelt worship that will touch the world.

Gospel Music: Living with the tension between Ministry and entertainment: Part 1 by Juliet Fletcher 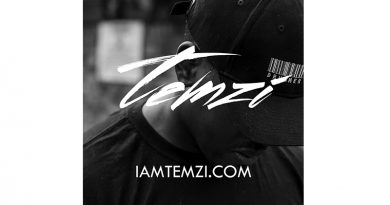 ‘Shoe Express’ is back, but this time you’ll love it, thanks to rapper, Temzi