Midlands Housing Association, Nehemiah UCHA together with key business and faith leaders from the Black, Asian and Minority Ethnic (BAME) community of the West Midlands have called on the Mayor of The West Midlands Andy Street CBE to put in place measures to tackle homelessness, increase the availability of social housing saying not everyone can afford to buy their own home, address the skills gap and unemployment amongst young people in the region and look at reforms to the criminal justice system.

“It’s a good time for the West Midlands and part of us coming together is to ensure we all bat for the West Midlands and it is genuinely, as I say often, our time as a region. For too many years we have been eclipsed by others but it is genuinely our time now. You can see all around you the economic revival that is occurring but I am painfully aware that not everyone across the conurbation is sharing in that and we have got to do more to share that success.”

One of the key driving forces for Nehemiah UCHA in hosting the dinner was during the National Housing Federation Conference, which is being held at the ICC, Birmingham, Nehemiah has been lobbying for change on the issue of homelessness across the West Midlands and in particular, amongst the Black, Asian and Minority Ethnic community. Statistics show that Black, Asian and Minority Ethnic communities are more likely to be homeless. BAME communities also experience greater levels of housing need, including overcrowding, poor conditions and fuel poverty.

When asked about homelessness Andy Street went on to say: “In relation to the homelessness task force we have to lobby carefully and win change and drive improvement in that area and I am pleased to say everyone is coming together to do that.”

“I have said we will build 25,000 homes across the next three years and we have the unity amongst the seven local authorities on how this is going to be done and have signed off the housing delivery plan and have signed off £150m to be spent on developing brownfield sites in the Black Country. This will enable schemes to happen that would have not otherwise happened and we are currently coming together to bid into a new government fund called a housing infrastructure fund.”

Vice Chair of Nehemiah UCHA, Martin Levermore MBE, responded to Andy Street saying: “Our challenge to you is how can we genuinely sit down and measures the impact of our young people in gaining skills to make them the future citizens that we know they can be.”

Andy Street responded by saying: “My number one priority over the next few months is looking at the skills gap and apprenticeship programs.”

Nehemiah UCHA Chief Executive, Llewellyn Graham, added: “We are inspired by Andy Street’s vision for a better West Midlands and the plans that he has put forward to achieve his objectives. Three of the four pillars are in alignment with our vision to build successful diverse communities. They are housing and homelessness; economic development and employment and skills; the only one that we are not able to assist Andy with to deliver is transport. It has been insightful to talk to Andy about the challenges of housing, skills & inclusion and we look forward to working with him on further positive impact and to this end we are also pleased to be involved in the first West Midlands Faith Conference organised by Andy Street and his team which takes place in November this year. Our Vice Chair, Martin Levermore is on the steering group and helping to drive this forward.” 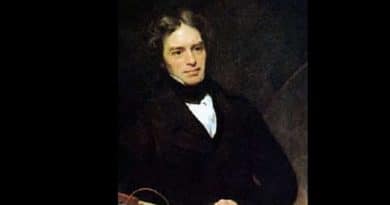