Acclaimed recording artist Latice Crawford is part of a tribute performance to multiple award-winning music legend Oleta Adams in the national broadcast of Black Music Honors on October 15th on the cable network, Bounce TV.  Additional airdates will run throughout the fall season. The award special recently aired a series of nationally syndicated broadcast dates throughout the country.

Crawford’s performance of Adams’ gospel song, “Holy Is The Lamb”, which Adams recorded on her Come Walk with Me album, released in 1997, moved the multi-genre artist to tears. During and following the taping, Adams expressed her gratitude to Crawford: “Thank you for transforming the Tennessee Performing Arts Center from an entertainment place to a place of worship. I forgot where I was; and felt honored just being there worshipping with you. With a gift so special much is required. Thank you for honoring me; and everyone else in such a beautiful way. I can still hear you singing.” The musical tribute also included performances by Avery Sunshine and Leela James.

“It was a huge honor for me to perform in the musical tribute to Oleta Adams,” says Crawford. “She is the epitome of musical excellence and an inspiration to me in many ways. She defines a lot of what I would like to do with my recording career—to sing jazz—and to sing songs about life that are positive and not derogatory.   I also like that I was able to appear on another television show that paid tribute to music and legends across multiple genres.”

In addition to Crawford’s concert schedule, she has ties to both the fashion and beauty industries. Crawford recently made her second runway appearance during New York Fashion Week with famed fashion designer Byron Lars for his “Fairy Tales Ending” Collection. Crawford is one of Lars’ go-to models for his various fashion events and presentations. Lars is well-known for his fashion designs for former First Lady Michelle Obama, Taylor Swift, Angela Bassett, Anika Noni Rose, Gabrielle Union, Katheryn Winnick, Cicely Tyson, Natalie Portman, and numerous others.

As Crawford begins the creative process to record her new album, the Stellar Award nominee continues to promote her current project, Diary of a Church Girl, which includes two top 20 singles, “Choose Me” and “Author.”  Best known as the second runner-up of Season 2 of BET’s Sunday Best, Crawford’s Diary is a follow-up to her 2014 debut self-titled album, which entered on three Billboard charts and peaked at No. 12 on the Gospel Albums chart. Diary of a Church Girl is written by Crawford and produced by Bruce Robinson (Alexis Speight, The Showers, Justin Bieber, and Brittany Spears). 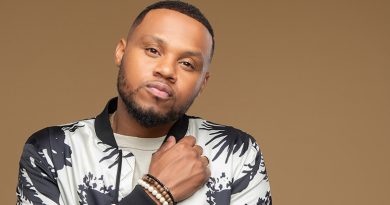