YMCA Birmingham resident, Gabriel Imevbore has been announced as a finalist for Young Leader of the Year in the prestigious Youth Matters Awards 2017.

Hyacinth Blackburn, Housing Service Director, YMCA Birmingham said: “We’re very proud of Gabriel and so pleased that he has been recognised for his hard work. Gabriel came to YMCA Birmingham in November 2016 as a young resident due to fractured relationships at home. Since living at YMCA, he has continuously tried to improve the day-to-day lives of other young people that live here, inspiring others to achieve their full potential.”

Gabriel passionately advocates for homeless young people and is now a motivational speaker, visiting schools to encourage young people to improve their lives. When he found out about proposed cuts to funding that would directly affect him and his peers he took it upon himself to write an emotive open letter to the Council in response to their consultation.

“He has used his entrepreneurial attributes and charm to independently source and nurture partnerships with training providers, local businesses for healthy meal boxes and food for residents, and sourced music hubs for residents to use for therapeutic development. He has made an outstanding contribution to improving the service that young people receive and encouraging them to belong, contribute and thrive.” Hyacinth added.

Gabriel is not only engaged in wider political debates effecting young people, but he also represents YMCA tenants at board meetings and actively seeks to improve the service and the accommodation that is offered.

Speaking about the award, he said: “Thank you to everyone in the community who has voted for me. YMCA has helped me in so many ways and changed my life for the better. I am just pleased I am able to give something back.”

Youth Matters celebrates the outstanding skills and achievements of young people from across the country. It also recognises the vital work that YMCAs deliver every day to help transform the lives of young people and give them a brighter future. Locally, the charity provides a wide range of services that support young people to overcome an issue they are facing and to make a positive transition into adulthood.

YMCA Birmingham works work with young people who have faced homelessness for reasons including leaving care or family breakdown and they want to help them to become independent and live fulfilling lives. #YMA17! 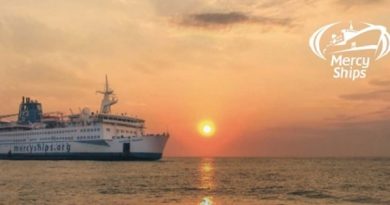 Hope is on the horizon for you