Ethnic minorities are better at ‘social care’, and we should learn from them, said Jackie Doyle-Price, the care minister at the Conservative Party Conference recently.  (The Times, 4-10-17)

She was echoed by Dr Phillip Lee, a GP who is also the justice minister.  He told Age UK that British society has become ‘atomised’, and selfish, and ‘quite sick’.  (Read more at http://www.telegraph.co.uk/news/2017/10/05/britain-has-become-sick-society-has-outsourced-duties-old-tory/)

They both believe that families and neighbours should do more to help their elderly – and that ethnic communities are an example of how it should be done.

A report by Age UK says that depressios is a huge problem amongst the over 55s, because of a number of issues, including loneliness.  The report said that ‘talking therapies’ helped a good deal.  Of course they would; we all need someone to talk to.  And this is where being a kind neighbour can make the world of difference.

It’s true that we see fewer elderly from ethnic communities in care homes.  But could this because families in ethnic communities tend to be larger, so care doesn’t depend on a solitary single carer who is often isolated and desperate for help.   A report by Carers UK found that almost a third of long-term carers have not had a day off in five years.

Recently I attended the Wesleyan Ladies UK retreat with around 60 or so ladies, including a handful who were in their 80s and 90s.  The blessing for me, was to see not just the respect, but the depth of affection for the older ladies.  It felt so right, so normal, so as it should be.  There seems to be a depth of warmth in ethnic communities that we seem to have lost in the UK, even here in Wales.

So what’s gone wrong with the rest of us – and how can we put it right?

The care minister thinks that solving the social care crisis would require ‘a culture shift for every individual.’   And the justice minister, Dr Lee, says that, we all need to step up.

Sounds morally right, doesn’t it?  But if you listen closely, rather than hearing a real concern for the elderly, you’ll detect the sound of the proverbial brush sweeping the real issues under the carpet, hiding the real nature of ‘social care’.

Being a good neighbour is not the same as providing social care.  It’s more than keeping in touch and helping with shopping and building kind relationships.  Social care is more than befriending.

Social care involves helping with the daily acts of living a frail older person can no longer do – like getting someone out of bed in the morning, helping them to shower and get dressed, and taking them to the toilet.  It often calls for heavy lifting and hoists, something neighbours are not trained to do.  And neither are family members.

The needs of older people in communities aren’t being overlooked by Christians.  All over the country I encounter churches who reaching the elderly and lonely, by bringing them in to church events befriending in their own homes.

Also being swept under the carpet is the fact that residential care homes are often best for a frail older person, especially for those with dementia.  But care homes are closing all over the country, because of lack of funding.   Which?’, the consumer group, published research showing that over a quarter of people looking for a place will be unable to find one.  It costs a lot to train staff and pay them a good wage.

Jackie Doyle-Price says that older people should be prepared to sell their homes to pay for their care.  She doesn’t think ‘it’s fair for the next generation of tax payers to pay for this generation’s long-term needs.’   But isn’t that just what this older generation did all their working lives?  When he took over the presidency of Public Health Institute a few years ago Professor John Ashton said that today’s older generation had been betrayed.

So yes, we do all need to be better neighbours.  But we expect ‘experts’ to see the difference between being a good neighbour and being social carers.  ENDS.

Pursuing purpose beyond the pain by Marcia Dixon 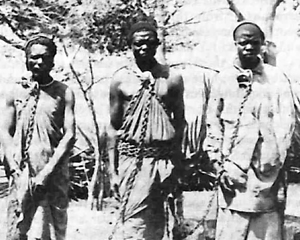 Breaking the chains of slavery by Pastor Alton Bell 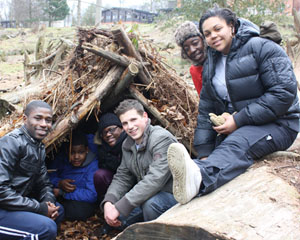