International children’s charity World Vision has described Pope Francis’ calls to end abuse against minors as “a huge moment in the movement to end violence against children”.

The Pope demanded better protections for children online and backed proposals by World Vision and other organisations to toughen sanctions against those who abuse and exploit children online. The Pontiff met World Vision delegates at a Catholic Church-backed international conference in Rome on fighting child pornography and protecting children in the digital age.

Hosted by the Pontifical Gregorian University’s Center for Child Protection, the congress was designed to get faith communities, police, software and social media industries, mass media, nonprofits and governments working together to better protect minors.

Tadeusz Mich, World Vision International’s Director of Global Church Partnership who met with the Pope after the event, said: “Bullying and all forms of violence against children in the digital world have a long-term impact on a mental health of children. No one can eliminate it alone. We have to work together with all players.”

The conference, which drew leading researchers in public health, Interpol, the UN and government representatives as well as executives from Facebook and Microsoft, issued a 13-point call to action that it presented to the Pope on Friday.

The Pope said an international, cross-disciplinary approach was needed to protect children from the dark net and the “corruption of their minds and violence against their bodies”.

“This has nothing to do with the exercise of freedom… It has to do with crimes that need to be fought with intelligence and determination, through a broader cooperation among governments and law enforcement agencies on the global level, even as the net itself is now global,” the Pope said.

“The net has its dark side – the ‘dark net’ – where evil finds ever new, effective and pervasive ways to act and to expand,” he added. 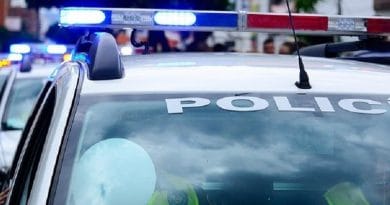