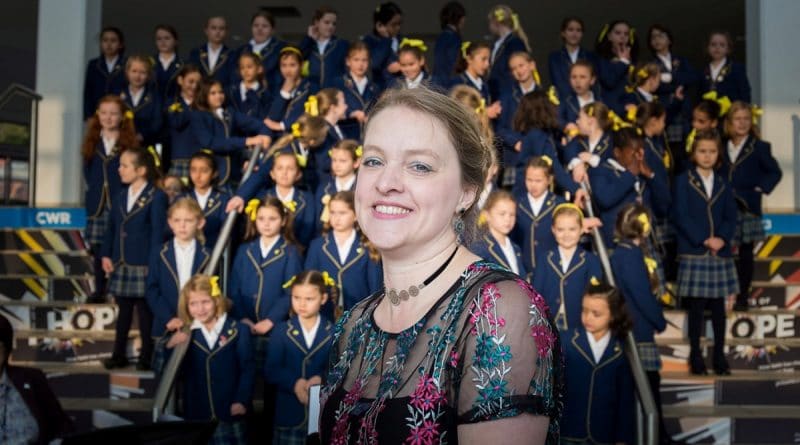 FROM a lively opening featuring Eurovision winner Dana, to a solemn ending – when former special envoy to the Archbishop of Canterbury, Terry Waite, spoke of his five years’ imprisonment – the Christian Resources Exhibition’s return to (CRE) Sandown Park, Surrey, ‘touched all the emotions.’

A total of 4,061 people (excluding exhibitors and their staff) visited the show during its three days and some 200 exhibitors were so enthusiastic that more than 30 have already booked stands for next year.

CRE’s new owner, Steve Goddard, had been its public relations consultant for many years. He and his wife Allison took ownership of the event late last year. They appointed Brett Pitchfork, who had managed the exhibition in the early 2000s, as event director. Based in St Helens on Merseyside, Steve was delighted with response to the first CRE under his control.

‘Many local church leaders, lay and ordained, rely on it for fresh ideas for ministry, mission and maintenance,’ he said. ‘Taking the event back to Sandown Park, after two years at ExCeL in London, proved an emotional homecoming.’

Some 200 exhibitors displayed everything from pulpits to puppets, sound systems to stained glass, charities to children’s work. A 55-strong choir from Notre Dame School in nearby Cobham (pictured) sang a reworded version of Dana’s Eurovision-winning song, All Kinds of Everything, ending it with ‘for your church and you’. Visibly moved, Dana told the girls: ‘I am so glad you were not singing in Eurovision – I would have faced stiff competition!’

Terry Waite’s visit was made more emotional by the presence of 59-year-old Andrew Coleman, son of the late Canon John Coleman, whose freedom Terry had negotiated in Iran, prior to his own capture in the Lebanon.

‘It was wonderful to meet Terry again after all he did for my parents,’ said Mr Coleman.

While one in four of the visitors to CRE came from Surrey, and more than one in ten from London, others came from all over the UK including Cornwall and the Scottish Highlands. Three people travelled to Sandown Park from Japan. Most traditional denominations were represented on the visitors list with 43 per cent belonging to Anglican churches and 16 per cent to Baptist churches.

‘Response was so positive that we have re-booked Sandown Park for the same week in 2018,’ said Brett Pitchfork. ‘CRE will run for three days again, from Oct 16 to 18. We are also considering more regional exhibitions, too.’ 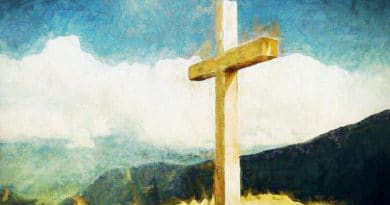 Christ sacrificed himself for others. Are America’s Christians sacrificing others for themselves? 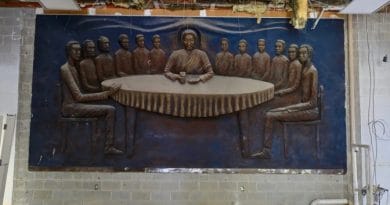 A Massive Sculpture of an African American Last Supper, Hidden for Years, Has Been Discovered 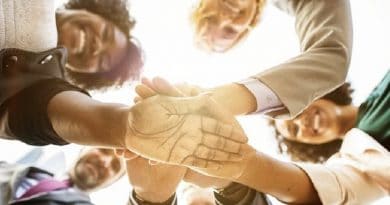 How Can We Curb the Spread of Scientific Racism?