A group of 100 Cambridge students have called for the university to include more black and ethnic minority writers in its English Literature curriculum, leading to a row over race. But the university has condemned the backlash and says it supports debate over its reading list.

The literary row started with a letter written in June by the students to the university’s English faculty, asking it to “decolonise” its curriculum by including more BME writers.

The letter, mainly signed by white students, stated: “This is not a call for the exclusion of white men from reading lists… it is a call to recentre the lives of other marginalised writers.”

Her picture was splashed on the front page of the Daily Telegraph on Wednesday under the headline: “Student forces Cambridge to drop white authors”. The paper then faced criticism for “twisting the facts” and “demonising” Ms Olufemi.

The university has responded by saying it supports “robust academic debate” and that “very early” academic discussions had already been held on this issue.

But for now it said, there “has been no decision to alter the way English is taught at the University of Cambridge”.

So what do students studying English Literature at Cambridge read and why?

The course outline advises students they will be studying a full range of “English literature from the Middle Ages to the present day”.

Across the three years, it lists four compulsory papers that must be taken by all students:

There are also more than 20 optional papers – “which change regularly”, with lecturers providing suggested reading lists and students making decisions on what books to study based on that guidance.

But some students say all too often they are steered towards white, male writers.

Mariam Ansar, who helped draft the open letter, said it came as a “result of years of frustration felt as an undergraduate, as a student of colour studying English at Cambridge”.

The 22-year-old from Bradford graduated this summer and said: “This discussion had been happening in non-academic circles for a long time.” 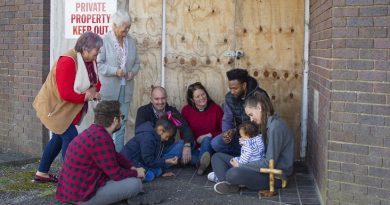