Black people are now more likely to be stopped and searched by police than they were a year ago, according to the latest Home Office statistics.

The figures show that over 2016/17, black people are now more than eight times more likely to be stopped by police than white people.

Meanwhile individuals from black and minority ethnic (BME) groups are just under four times as likely to be stopped and searched compared with whites.

The proportional rise in searches of black people comes as the overall numbers of people stopped and searched by police forces in England and Wales has fallen by 21 per cent to a total of 303,845.

The figures mean the use of stop and search powers have plunged to their lowest level since current data records began 16 years ago.

Although police activity under the power has decreased, the proportion of stops resulting in arrest has risen to a new high of 17 per cent.

Police have powers under various laws to search people and vehicles without a warrant in specific situations.

Stop and search has repeatedly attracted controversy, with criticism focusing mainly on the number of stops of black and minority ethnic individuals.

Reforms were introduced in 2014 by then home secretary Theresa May to ensure the tactic was used in a more targeted way.

Deputy Chief Constable Adrian Hanstock, National Police Chiefs’ Council lead for stop and search, said it is clear officers are being more precise in their use of the power, which he acknowledged is an “intrusive activity”.

He said: “With rising knife and gun crime, as well as increasing incidents involving acids, police forces are using stop and search to take weapons off the streets and discourage people from carrying them in the first place, as we know that the fear of being stopped and found in possession of weapons is one of the most powerful deterrents.”

Mr Hanstock said police are concerned that people from BAME backgrounds are generally over-represented in stop and search figures.

“Chief constables will be examining any local disparities in stop and search data and will work directly with local communities to explain the reasons,” he added. 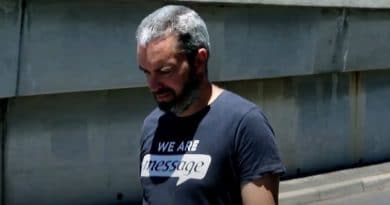