The Government has published the report of the Independent Review of Deaths and Serious Incidents in Police Custody and the Government response (30 October). The major independent review was commissioned by Prime Minister Theresa May in July 2015, whilst Home Secretary, following her meetings with bereaved families. It has been carried out by Dame Elish Angiolini DBE QC.

The review makes 110 recommendations, regarding the use of restraint, the custody environment, training for officers and making it easier for families facing inquests into deaths in police custody to access legal aid.

The Government’s response commits to review existing guidance so that the starting presumption is that legal aid should be awarded for representation of the bereaved at an inquest following a suspicious death or suicide in police custody or in prison.

It also makes clear that from December, police cells will not be used as places of safety for those under the age of 18 detained under the Mental Health Act and that transparency and accountability in police use of force has been improved through better data collection.

“This report shines a light on this profoundly important issue and the Government thanks Dame Elish Angiolini for her comprehensive review which sets out a clear need for action.

“When my predecessor Theresa May met the bereaved families, she was struck by the difficulties they faced as they sought answers about what happened to their loved ones. This simply isn’t right, and is why the Government is taking steps to ensure that families bereaved in this way in future, get the support and answers they need.

“The Government is committed to tackling this issue and that when tragically deaths in police custody do occur, we are clear that they must be investigated thoroughly and action taken to support families better in future”.

In relation to the new presumption that legal aid should be awarded, the Lord Chancellor will make clear in the guidance that bereaved families should be spared the distress of filling out complex paperwork around means testing where possible.

This work will be completed by the end of the year, alongside steps to ensure the bereaved are made fully aware of their rights under this guidance in every case.

“We recognise that the route to legal aid in inquests relating to deaths in police custody and prison can be complex and intrusive for families.

“That is why I am taking immediate steps to make it the starting presumption that legal aid should be awarded in such cases. I want to prevent the distress for families of having to fill out complex forms on means testing, and to make sure the bereaved are fully aware of their rights.”

Work is also already in progress across a number of areas raised in the review:

Also, because it is crucial that the public has faith in the police, in independent investigatory bodies, and in the justice system as a whole, the Government is: 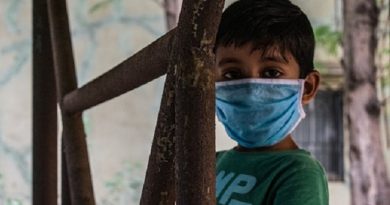