Gregory Porter said, “I am truly privileged to receive the Outstanding Contribution to Music Award from the MOBOs. It is a great honour and I would like to thank everyone who has supported me in my career so far. Nat King Cole was my earliest musical inspiration so it seems fitting that I dedicate this award to him.”

Widely recognised as one of this generation’s best male jazz vocalists, the California-born singer and adopted British national treasure has released five studio albums – three of which have been UK Top 10 hits. He won Grammy Awards for Best Jazz Vocal Album for 2013’s Liquid Spirit as well as his critically lauded album Take Me To The Alley, which became the first jazz record to break into the UK Top 5 in over 10 years in 2016.

Porter’s latest album Nat “King” Cole & Me is his highest charting success yet – debuting at No.3 on the UK Album Charts last week to become his third consecutive Top 10 smash in the UK. He was also announced as the biggest selling jazz artist of 2017.

Ever since his debut in 2010, Porter has attracted a loyal and diverse range of admirers from the late Sir Terry Wogan to Disclosure, who collaborated with the singer on their 2015 chart-topping dance hit ‘Holding On’.

The third annual Pre-MOBO Awards Show will be held in London on Monday 20 November. The red carpet gala event, hosted by YolanDa Brown and China Moses, will be taking place at Boisdale, Canary Wharf, this year. A limited amount of tickets are now on sale through the Boisdale website. Ticket price includes a three-course meal. To book, please visit:.

The inaugural event in 2015 saw legendary artists like Courtney Pine, Mica Paris and Omar taking the stage. It is, quite unmistakably, an unmissable night for music lovers.

Winners for the 2017 MOBO Awards for Best R&B/Soul, Best Jazz, Best Gospel and Best Reggae acts will be announced in the evening. 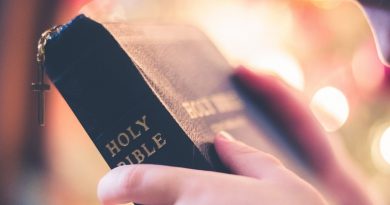