Cobhams Asuquo is one of Nigeria’s leading music producers, song-writers and musicians. Take some time to listen to his 2017 brand of Christian-Gospel album FOR YOU is a fantastically arranged list of songs that will inspire you to sing and want to write songs. You will feel God’s presence with his beautifully arranged, composed and at times rearranged songs that will make you yearn for more songs from him. Asuqwo is visually impaired from birth and he reminds me of Stevie Wonder, whose ability to write, compose and  sings is not hampered by his inability to see. Asuquo brings a song like Praise to the Lord, the Almighty  into the 21st century , a well known hymn song based on Joachim Neander’s German hymn “Lobe den Herren, den mächtigen König der Ehren“, published in 1680 and still played to date at weddings, and reaches out to a new generation. “Here I am” brings out his own rendition of the song. “Eyin sa” (You are the One) is a Yoruba worship song Asuquo sings with conviction that God is the only one God. “You are Highly Lifted up” is another song that showcases the quality of sessionists accompanying Asuquo on the song and with soothing background vocals. “Ordinary people” which he wrote implores us to live the way God wants us to. Asuquo has made  a couple of some old songs new. This 14 track CD is a must for Gospel music lovers and exudes the production quality of musicians like US Gospel musician, Don Moen. Musically Nigerians are talented and popular internationally with  Afro Beat style of music in the lead. Asuquo has taken this Gospel compilation, mostly worship songs to another level and should be recognised for his accomplishment. When sold by Amazon.com, this product FOR YOU is manufactured on demand. I recommend. 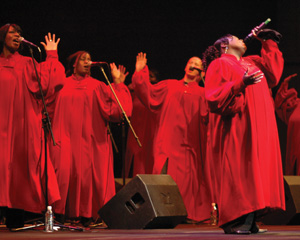