Community activities run voluntarily by the UK’s churches are worth an estimated £1billion per year, says specialist insurer Ecclesiastical.

More than 114 million hours¹ are volunteered by churches every year to help tackle social issues such as loneliness, homelessness, debt, supporting those on low incomes, unemployment, family breakdown and addiction, in their local areas.

In a national survey² commissioned by Ecclesiastical, fewer than 10% of UK adults said that they believed that it is the responsibility of the church to provide these services. Nevertheless, this is something that churches do.

Sadly, this often goes unnoticed. The research also revealed that three quarters (75%) of the public could not name any activities beyond regular religious services or festivals taking place in their local church. Yet, half of participants (50%) would consider the closure of their local church a significant loss to their community.

Michael Angell, Church Operations Director at Ecclesiastical, said: “We know from our own engagement with the church community up and down the country that the value and reach of churches’ work is on a scale that would be almost impossible to replace.

“Churches provide a wide range of services that many people rely on day-to-day. This work often goes unnoticed but to the people that benefit from them, they are invaluable.”

Mother and toddler groups (23%), support for older people (19%), children’s clubs (17%) and food banks (10%) were the services most recognised by people when asked what their church provided.

The use of food banks in particular is an important issue. Research by the Church Urban Fund shows that 81% (12,960) of churches are involved with food banks and 14% (2,240) use their premises to host them.

Michael added: “Churches are responding to the needs of their local communities and providing support to some of the most vulnerable people in society. The closure of a local church isn’t just the closure of a building, but potentially the removal of a valuable service that cannot be easily replaced and we think this needs to be highlighted.” 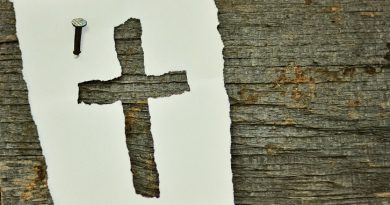 Gina Miller has been named Britain’s most influential black person