– Almost nine out of 10 (89%) British adults say tax avoidance by large companies is morally wrong even if it’s legal, according to a new ComRes poll for Christian Aid
​
– Government “complacent” in the face of overwhelming public opposition to tax avoidance

Almost nine out of 10 (89%) of British adults say tax avoidance by large companies is morally wrong even if it’s legal, according to a new ComRes poll for Christian Aid.

The poll is published ahead of the Budget, which is expected to include new measures against tax avoidance following further revelations made in the Paradise Papers.

The poll also found that more than four in five Britons (85%) agree that large companies in the UK can avoid tax too easily.

People are also worried about tax avoidance in the world’s poorer countries. Four out of five British adults (78%) say it’s important to them that large companies pay their fair share of tax in developing countries and three-quarters (75%) say the next UK government should legislate to discourage UK companies from avoiding tax in these countries.

The poll was conducted on 15-16 November by research agency ComRes who surveyed 2,051 British adults aged 18+. It found that just under one in four people (23%) believe political parties have gone far enough in their promises to tackle tax avoidance by large companies.

“But Government appears to have developed a tin ear to overwhelming public opinion. It appears to be complacent on the issue and has introduced measures that are often too little too late,

“We need proper action now and there is much the Government could do. For example, Ministers should insist that UK companies publish the taxes they pay and other key indicators, in every country in which they work. They took the power to do this in June 2016, but have done very little to make it a reality.

“In addition, given the scale of tax avoidance linked with the UK’s tax havens, the Prime Minister should set a deadline for the UK’s Overseas Territories to adopt the same transparency on true company ownership as the UK.

“We also want to see the UK committing to further leadership at the global level to ensure stronger global coordination and action to ensure that the poorest, most vulnerable, countries do not continue to be hit the hardest by tax avoidance.” 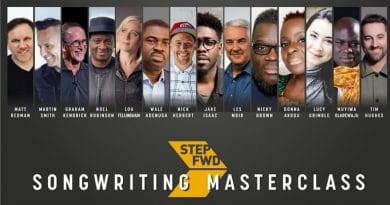