A member of 2nd Polmont Junior Section has been announced as the winner of the 2017 BB Scotland Christmas Design Competition.  The design by Moray Stuart (10) will be used as the image for The Boys’ Brigade Scottish Headquarters’ Christmas card and e-cards this year.

Moray was presented his prizes by Niall Rolland, Communications & Engagement Officer, on Friday (8th December) at the company’s base in Polmont Old Parish Church halls.

He received an art set and digital camera for coming up with the winning design.

“I was really surprised when my name was read out. I got the idea for the design from the BB jumper and the 100th birthday of the Junior Section this year.

“I think Christmas is important because it celebrates when Jesus was born.”

Moray’s design beat off competition from entries from 30 other BB companies across Scotland.

“I am delighted that Moray won the competition, and seeing the look of surprise on his face when Niall announced the winner was fantastic!

“Moray only joined The Boys’ Brigade in August so it was great to see that he ensured the anchor and 100 years of Junior section were included in his card.”

Some of the entries, including Moray’s, are featured as part of the ‘#myBBadvent’ social media advent calendar.

John Sharp, Director for The Boys’ Brigade in Scotland, said:

“Many congratulations to Moray.  The judges were impressed with his use of the anchor, Juniors100 and Christmas tree in his design.

“Well done to all the members who got involved in this year’s competition.  It’s terrific to see the creativity and imagination of our members as we mark this very special time of year.”

To find out more about The Boys’ Brigade, please visit http://bit.ly/joinBBscot

Hypertension in the African Caribbean population 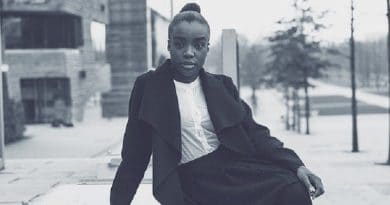