One in five people waiting for a lifesaving organ transplant live in our capital city. That’s why NHS Blood and Transplant wants to let Londoners know that ‘Words Save Lives’ – with an appeal for people in London and surrounding areas to talk openly about organ donation.

There is a particular need for more black and Asian people to talk about donation as organs from people from the same ethnic background are more likely to be a close match and give the best chance of a positive outcome. It’s encouraging to know that the number of people from these communities who have donated in London has more than doubled in the last decade. However, of the 1,300 people in London waiting for a transplant, 811 of those are black or Asian.

30-year-old Gemma Gayle from Wandsworth, has been suffering from diabetes since she was 11. She received a simultaneous kidney and pancreas transplant last year, after her kidneys failed.

“Finding out you need a transplant is terrifying,” said Gemma. “The idea that you need a major operation to save your life is incredibly scary and quite difficult to come to terms with. Luckily for me, my family, friends and the hospital gave me a lot of support and helped me to come to terms with it.  By the time I started dialysis 4 hours a day 3 times a week, I felt awful. I was exhausted all the time, in pain, weak and found it difficult to be active. Instead of weekends out with friends I’d go to bed early on Friday so I could have dialysis early on Saturday morning.

“The wait on the transplant list is nerve wracking because you never know when the phone rings if it will be that call from the hospital telling you a transplant is available.

“Receiving a transplant is an amazing gift and I am so grateful to my donor for allowing me this second opportunity to live a relatively normal life. The fact that my transplant came from someone else’s loss is something that is never far away from my thoughts. I didn’t know them, but I will carry a part of them for the rest of my life and for every milestone I manage to reach I will always be eternally grateful.

“It’s been a difficult year with lots of challenges as the transplant settles but also a lot of happiness. I got married this year. Now I feel a lot better than I did before and I’m more able to do things and to travel again.

“It’s so important to talk about organ donation and that more people choose to donate. To give somebody else who is still waiting on the list the opportunity to live a normal life.”

NHS Blood and Transplant surveys show more than 80%** of people support organ donation but only around 49% of people have ever talked about it.***

Sally Johnson, Director of Organ Donation and Transplantation at NHS Blood and Transplant, said: “Thousands of people in London have had a second chance at life thanks to the organ transplants they received. This was only possible thanks to those who put other people first and agreed to organ donation at the most distressing time in their life.

“Sadly almost 800 people in London have died waiting for a transplant in the last 10 years and hundreds more are still waiting every day for a lifesaving organ. People from our black and Asian communities face particularly distressing waits for a transplant:  they know that lower donation rates in their own communities mean they often wait longer for a matching organ.

“We really need everyone to discuss organ donation: make sure your family knows that you want to donate if you are ever able to. This will make things much easier for them and reduces the risk of them saying no to life saving donation simply because they don’t know what you wanted.

“Talk to your family today, let them know you want to be an organ donor and prove that words really do save lives. A few words now can make an extraordinary difference.”

For more information on the campaign please go to: http://bit.ly/2BCEqfX

**NHSBT carries out biannual attitudinal surveys. The fourth wave in 2017, involved 1499 interviews carried out via online self-completion between the 10th and 21st of April 2017. In this wave, 81% of people supported organ donation in principle.

***NHSBT commissioned research specifically on organ donation conversations. The quantitative element comprised a survey of 2656 adults aged 18 years or above in England carried out online by YouGov from 15th to 19th May.  49% of people had had a conversation with a partner or family member about organ donation. 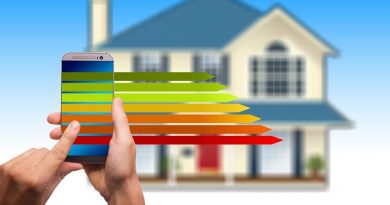 Find out about fostering for Leicestershire