An investigation by the Independent Office for Police Conduct (IOPC) concluded that Leicestershire Police followed policy and procedure when responding to a 999 call from Promise Ndlovu, who was killed and later found dead in a city car park.

The IOPC investigation looked at the contact between police and Mr Ndlovu before a member of the public found him dead in Charter Street, Leicester, on the morning of 29 October 2016. Two men, Kehar Hayer and Kuldeep Singh, were convicted of the manslaughter of Mr Ndlovu following a trial at Nottingham Crown Court which ended on 22 December 2017. Along with another man, Ramandeep Dhaliwal, they were also convicted of conspiracy to falsely imprison Mr Ndlovu and conspiracy to pervert the course of justice. Sentencing is due to take place at Leicester Crown Court on Friday (11 January).

Mr Ndlovu made an emergency call from his mobile phone to police at 00.19am on 29 October, saying he was being held against his will, and sounded increasingly distressed before the call ended around six minutes later. He did not give his name or a precise location but police were able to establish who the phone belonged to and immediately sent officers to his home address and to the area from which the call was made.

Medical evidence provided by a Home Office pathologist indicated that Mr Ndlovu had probably died during the 999 call. In the IOPC investigator’s opinion police efforts to locate Mr Ndlovu, which continued throughout the night, were hampered by the size of the area and nature/scale of the buildings within it.

The IOPC investigator found that the force had experienced difficulty contacting its on-call kidnap and extortion expert that night. After accepting an IOPC learning recommendation Leicestershire Police has now reviewed and revised its call out system for subject matter experts.

IOPC Regional Director for the Midlands, Derrick Campbell, said: “I would again like to express my condolences to Promise’s family and my thoughts are with them and anyone else affected by his tragic death. Given the circumstances it was important that the police contact with him, limited as it was, was looked at independently.

“No conduct issues for any officers or member of staff were identified and our investigator was satisfied that the police management of the incident after receiving the 999 call was reasonable and diligent.” 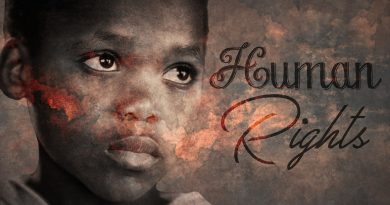