Christian Aid and the Dean and Chapter of Westminster Abbey will be hosting a National Service at the Abbey on April 4, 2018 marking the 50th anniversary of Revd Dr Martin Luther King’s assassination. The service, which starts at 12 noon, takes place on the same day that Dr King was killed 50 years ago.

Rediscovering Justice, the theme of the service, will focus on three areas that distinguished Dr King’s fight for justice and equality:

These themes will be further developed at a symposium after the service at St Margaret’s church next to the Abbey between 3pm and 6pm.

Dr King, whose famous ‘I have a dream’ speech is recognised as one of the greatest pieces of oratory, led a civil right campaign that helped to transform American attitudes toward race and equality.

On Monday January 15th, Martin Luther King Day in the USA and a national holiday which remembers the slain civil rights leader, Christian Aid is extending an invitation to members of the public and our national and civic leaders to mark the occasion. The charity hopes the service will pose a real challenge to how we understand and respond to the many issues of injustice experienced in the UK and Internationally.

Mark Sturge, Head of England at Christian Aid, and one of the organisers says:

“Dr King remains an inspirational figure throughout the world. His message of peace and his commitment to justice resonate with those who are fighting to make their communities or societies better places to live.

‘We are delighted that this service will be an opportunity to not only remember Dr King’s life and work, but to also rediscover those issues, such as justice, which remain unfulfilled in our world.’

Christian Aid enjoyed a warm relationship with Dr King: on his occasional visits to the UK he would prioritise visits to its offices. Moreover, alongside the former British Council of Churches, Christian Aid would make appointments for Dr King and helped with his press and media.

Mr Sturge adds: ‘Dr King often pointed out that his Christian faith was the driving force behind his commitment to fight for justice. Likewise, our faith in Jesus is at the heart of our work to bring about real change in our world.’

For more information about the service and to book your tickets, visit

Partners for prosperity: what next after the Prime Minister’s visit to Africa? 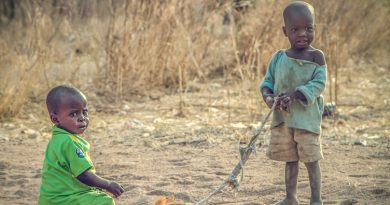