Staff from black, Asian and minority ethnic backgrounds, workers with a disability, and in some roles, women, are still “significantly underrepresented” in the arts workforce, ACE said, in a report which places particular emphasis on a need to diversify the sector’s leadership.

An average of just 8% of staff at the 10 highest-funded theatres were BAME in 2015/16. These venues include Chichester Festival Theatre, whose workforce was 100% white, and the Royal Shakespeare Company, where 2% of staff were BAME.

The report, Equality, Diversity and the Creative Case, is the third such publication from the Arts Council, and measures the diversity of the 663 national portfolio organisations the body funds, as well as major partner museums. Statistics are from 2016/17, apart from those relating to specific organisations, which are from 2015/16.

ACE identified that some progress had been made since it began monitoring this data in 2014, but in a foreword to the report ACE chair Nicholas Serota said “aspirations [around diversity] are not always translating into meaningful actions or significant appointments”.

As part of its equality strategy, Arts Council-funded organisations must develop action plans to help diversify their workforce, leadership and audiences. However, the report says there remains a “large gap” between what organisations say they aspire to and what is actually being accomplished.

“Equality action plans are not yet delivering the key structural changes and appointments that will address the underrepresentation of certain groups,” it says.

Leadership plays a “major role” in this, the report continues, with key leadership positions exposing a more acute lack of diversity.

People from BAME backgrounds made up just 8% of chief executives, 10% of artistic directors and 10% of chairs in 2016/17, with women also underrepresented in artistic director and chair jobs.

The representation of disabled people in leadership roles is roughly in line with the workforce at large, making up 6% of artistic directors, chairs and chief executives.

Overall in 2016/17, 11% of all NPO staff were from a BAME background – the same as the previous year – compared with 16% of the working age population. Across all staff, 54% identified as white, while 31% were unknown and 4% did not disclose.

When this is cut down to cover only permanent staff, 78% were white, 9% were BAME, 9% were unknown and 4% did not disclose.

The Arts Council’s report claims the sector faces a “major challenge” around disabled representation. Despite 20% of the working age population identifying as disabled, just 4% of NPO staff did so. This is the same as 2015/16.

There is no disability data for nearly half the NPO workforce, making it “extremely difficult” to draw accurate conclusions in this area, ACE says in the report.

In a speech to be delivered today (January 15) at ACE’s annual diversity event, Serota will highlight a need for the arts to capture reliable diversity data, if it is to be a meaningful tool for change.

“Making the case to government for public investment in art and culture means presenting a credible picture of who we are and what we are doing. We need you all on board, if we are to make a compelling case for funding at a time when the competition for resources is fierce,” he will say.

Serota’s speech will also urge more to be done to challenge socio-economic barriers, which the report identifies as an important issue facing the arts, but one that must be better understood.

“Our young, diverse population is a national asset – a multitude of perspectives, ideas, talent and creativity. But we have a problem. We are as a society depriving this young population of opportunity.

“I want the arts to be an inclusive world; a building open to all. Not an exclusive club. Our mission to deliver on diversity is doubly vital,” he will say.

The Arts Council’s own diversity statistics are published in the report. Its overall figures show that 66% of staff are women, but men still make up a higher percentage of director roles. Just 9% of workers are from BAME backgrounds – lower than the overall NPO figure – and 6% identify as disabled. 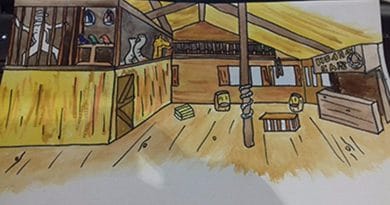 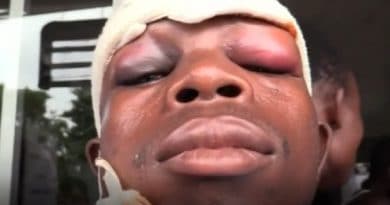 Zimbabwe crackdown: ‘We are angry, we are desperate’ 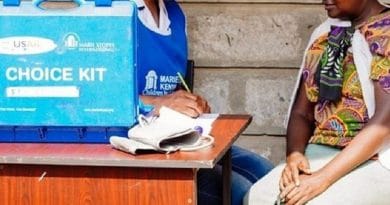