Bangladesh and Myanmar have agreed that they will try to complete the repatriation of hundreds of thousands of Rohingya Muslim refugees who fled from violence in Myanmar within two years, Bangladesh’s Foreign Ministry said on Tuesday.

The ministry said a joint working group from the two countries finalised an agreement on Monday on the physical arrangements for the repatriation of the ethnic Rohingya. It said they agreed that the process “would be completed preferably within two years from the commencement of repatriation.”

Myanmar and Bangladesh signed an initial agreement in November to repatriate the Rohingya, and the 30-member working group was set up last month to oversee the process. Many have questions whether Rohingya would return to Myanmar under the current circumstances, and whether Myanmar would accept them and allow them to live freely.

Under the November agreement, Rohingya will need to provide evidence of their residency in Myanmar in order to return – something many say they do not have.

More than 650,000 ethnic Rohingya have fled to Bangladesh since August, when Myanmar’s military launched a brutal crackdown in Rakhine state after a militant group attacked police posts. Myanmar’s army described it as “clearance operations” against terrorists, but the United Nations and the US have called it “ethnic cleansing.”

Despite having lived in predominantly Buddhist Myanmar for generations, Rohingya Muslims have been denied citizenship, freedom of movement and access to basic social rights. They are generally called “Bengalis,” a reference to the belief that they migrated illegally from Bangladesh.

Myanmar officials said the length of the repatriation will depend on how quickly Bangladesh can provide documentation of refugees’ previous residency and how fast applications are submitted.

“Even though we are talking about a two-year process, it totally depends on how the two countries cooperate,” Myanmar government spokesman Zaw Htay said. “Bangladesh authorities also need to proceed with the paperwork and documents for refugees and send it to us fast.”

Since the November agreement, Myanmar’s civilian government led by Aung San Suu Kyi has pledged to take measures to halt the outflow of Rohingya to Bangladesh and restore normalcy in the Rakhine region.

Myanmar officials plan to start the repatriation process next Tuesday. Zaw Htay said at least 500 Hindus and 500 Muslims will be in the first group to return.

State-run media in Myanmar reported Monday that a camp is being prepared that can accommodate about 30,000 people in 625 buildings, and that at least 100 buildings will be completed by the end of the month. It would be the first camp built in the repatriation process.

The international community and rights groups have stressed that the Myanmar government must guarantee the “safe and voluntary” return of the refugees, and urged that international organisations be allowed to participate.

However, the UN refugee agency said Tuesday that it has not been invited to take part or given full access to the areas where refugees are to return.

“UNCHR and our partners need urgent, unhindered access in Rakhine state, in order to assess the situation and provide support to those in need,” UNCHR spokesman Andrej Mahecic said in Geneva.

S-based Human Rights Watch said the discussions between Myanmar and Bangladesh failed to include any understanding of what the Rohingya want.

“Where are considerations for protection of the Rohingya from Myanmar security forces who months ago were raping and killing them?” said Phil Robertson, deputy director of the group’s Asia Division. “Why are basic issues like citizenship, freedom of movement, and livelihoods not discussed now so refugees can make informed choices?” AP. 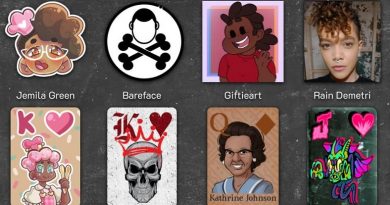