Britain is Nigeria’s second-largest trading partner, after South Africa, with the bilateral relationship worth around £3.8bn per year.

Lord Marland of Odstock, the Chairman of the Commonwealth Enterprise and Investment Council (CWEIC), said it was time for the UK to set up a post-Brexit trading zone, with Nigeria, Singapore and Malaysia offering major opportunities. Speaking in an interview with the British newspaper The Telegraph, ahead of the 2018 Commonwealth Business Forum (CBF), Lord Marland said: “The UK doesn’t want to be seen to be initiating anything but actually people look to the UK for leadership. If the UK wants to initiate something, which is a starting block for a commonwealth trade zone, it will start.”

“There are one or two really encouraging, optimistic places on the horizon. You’ve got the big populations such as Nigeria, which is going to be 320m people – bigger than the united states – in under 10 years. They love British products…it’s a huge consumer market. Fundamentally there is a lot of disposable wealth.” he added.

Asked which other products Nigerians were particularly keen to buy, he replied: “Everything.”

Lord Marland added that leaving the EU’s customs union was one of the UK’s “great negotiating strengths,” as it would grant the freedom to stimulate trade by lowering tariffs and other trade barriers.

The benefits of doing so would extend beyond the Commonwealth, he said, as a potential free trade deal with Japan was already “worrying” German car manufacturers who rely on exports to the UK.

Britain is Nigeria’s second-largest trading partner, after South Africa, with the bilateral relationship worth around £3.8bn per year.

The CBF will be organised alongside the biennial Commonwealth Heads of Government Meeting (CHOGM), set to take place in April 2018 in London, for the first time in 20 years. Discussions will focus on key themes such as:

With the Commonwealth’s cumulative population standing at 2.4 billion, the combined GDP of the nations is set to reach US$14 trillion by 2020. Intra-Commonwealth trade, which was estimated to be worth $525 billion in 2015, is projected to surpass $1 trillion by 2020. CWEIC’s ambition is to encourage and grow intra-Commonwealth trade and investment, and assist member organisations in developing high quality trade and investment opportunities.

The CBF is an invitation only event and will convene 800 senior business leaders with approximately 30 Heads of Government at three iconic Central London venues.

The Commonwealth Enterprise and Investment Council (CWEIC), an organisation facilitating trade and investment throughout the 53 states of the Commonwealth and supporting private sector companies and governments to promote economic activity. 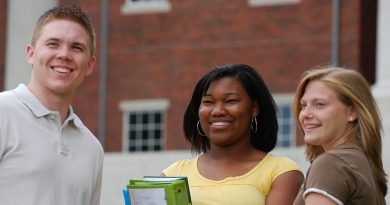