Since it was established in 2017, The Legatum Institutes Global People Movements programme has been working to develop data-driven solutions to the largest movement of forcibly displaced people since the Second World War. As recent headlines in the UK have illustrated all too clearly, people in transit are particularly vulnerable; they are subject to exploitation at the hands of human traffickers who generate around $150 billion in illegal profits each year. For many their fate is even more appalling, finding themselves trapped in a world of modern slavery and sexual exploitation.

This month the Legatum Institute announced we will partner with data analysis specialists Oxford Analytica to examine the domestic, regional and international movement of people. This will culminate in the creation of a pioneering migration mapping platform, able to plot the key departure points and transit hubs of migrants across eight distinct regions, and to pinpoint the locations of the many international organisations that support refugees en route.

Our analysis will shine a spotlight on the conditions of migrant and refugee journeys, the level of danger facing individuals at various points in their journey, as well the main push and pull factors that compel some of the world’s most vulnerable people to undertake such dangerous journeys. This initiative is the first of its kind, and will improve our understanding of the various transit routes into Europe, identifying where refugees are at their most vulnerable and in need of greater support. 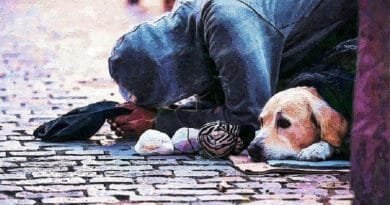