(London) Four extraordinary UK Gospel artists are watching their international fan base grow, while scoring coveted spots on the premium international gospel compilation, ‘Ultimate Gospel Volume 1’. This is the story of how four UK artists – Sarah Téibo, Fiona Yorke, Tneek and Myoa – found their way to one of the top gospel compilations distributed worldwide.

The new direction of Ultimate Gospel Vol 1 is a bold one, forging a path through a world of artistic and spiritual possibilities that is rooted in a deep desire to expose the Gospel to hearts, minds and souls through music. UK artists – Sarah Téibo, Fiona Yorke, Tneek and Myoa – are walking that path.

An incomparable songwriter, Sarah Téibo was selected for her versatile style of singing, and her innate ability to fuse her uniquely soulful yet contemporary style with powerful lyrics to produce a new and exciting sound, which some music critics have described as “fresh, urban and classic”.

When asked her thoughts about being included in this project, Sarah said: “It’s profoundly exhilarating to see my name and have my music played alongside some of the absolute legends I grew up listening to, and have been phenomenally influenced by. I have the greatest confidence in gospel music from the UK being at par with global standards, and I think being on Ultimate Gospel with my fellow friends and sisters is proof of that. For me to be in this compilation is both humbling, as well as a sign that the UK gospel scene has a lot to offer — this is only scratching the surface!”

Sarah Téibo recently released ‘Like A Child’ – the lead single from her highly anticipated sophomore album, ‘Keep Walking’, which is slated for release this summer. Recorded in London and written by Sarah with super producer Luke ‘GKID’ Grant, ‘Like A Child’ is an up-tempo Motown-inspired, urban soul track, poised to follow the same path as some of her previous hits, like chart-topping ‘Steal My Joy’.

Fiona Yorke was chosen for her consistent passion for worship, and her selfless support of the London gospel music scene; being chosen for backing vocals for outstanding gospel artists, and her work supporting gospel events. Her recent single and video, ‘Love For Me’, was recorded in her native Ghana. It features stunning aerial shots of Jamestown from the historic Jamestown Lighthouse and Black Star Independence Square in Accra.

“I am extremely excited about the project, because this is a great compilation of quality music that will continue to bless, uplift and minister to listeners all around the world,” says Fiona. “So many of the artists on the compilation have inspired me with their ministry and musical content over the years, so for my song to be on this project is truly a blessing. Being associated with this project reminds me of how limitless God is!!!”

In August 2016, Fiona Yorke cemented her place in chart history by becoming the fifth female to make it to Number 1 in 28(!) consecutive months on the UK Christian Charts for her release, ‘Glory Cloud’. The thought-provoking ‘Glory Cloud’ video was critically acclaimed from as far away as South Africa, Australia, Trinidad and the United States.

Tneek was a natural selection for this international A&R team. Her hard-hitting, no-holds-barred lyrics – over fierce beats – addresses real issues that challenge the status quo. She delivers on this impressive eight-track EP with profound lyrics, musical diversity, and catchy hooks that will have you listening again and again.

In Tneek’s words: “Ultimate Gospel Vol 1 means a lot to me, because I have seen many of these mainstream gospel artists, such as CeCe Winans and Erica Campbell (from Mary Mary) release music on a global scale from a young age. I am blessed with having this opportunity, and I’m so glad that my music can have a broader reach on such a reputable worldwide project. This enables my music to connect with people I wouldn’t have reached without being featured on this first edition compilation series. For that I am truly grateful.  God is good!”

Tneek’s new EP release, ‘R.I.C.H’, is eclectic, and will take the listener through Tneek’s journey – from life’s disappointments, rage and brokenness, to an enriched life with Christ. As Tneek’s production team says: “She’s rollin’ like a queen!”, hence the title R.I.C.H – Restored from Iniquities, Clothed in Honour! Her recently released music video, ‘For That Money’, produced by KO Productions with cinematography by Jax Luther Films, complements the trap-sounding beat with an aggressive flow. It questions the extreme lives some of us lead for the love of money.

Myoa is a singer/songwriter, whose musical journey has catapulted her from the beautiful coast of West Africa to the Queen’s country in England, and finally to the rich musical soil of the USA.

In the words of Myoa, which means ‘God brings Joy’: “I was created to inspire and impact certain truths, and to give joy to people who listen to my music. It was while studying at the University of Plymouth in south-west England that I honed in on my songwriting and keyboard skills, and discovered my individuality and purpose.”

It was her dynamic, substantive writing style that spoke to matters of the heart, and her sultry, yet versatile voice that brought Myoa to the attention of the Ultimate Gospel creative team.

“To be associated with these groundbreaking, highly esteemed and amazing artists is very humbling for me, and gives me hope and peace that I am on the right track,” says Myoa. “I am very excited to be a part of this project, as my songs can reach a global audience that I could only have imagined achieving myself. To have my music distributed worldwide is more than an amazing feeling, and I am more determined to keep pushing forward, inspiring others who I meet along my ‘Beautiful Journey’.”

Myoa’s debut release, ‘Beautiful Journey’, will be released in March.

Ultimate Gospel Volume 1 is available in London through Psalms Distribution. 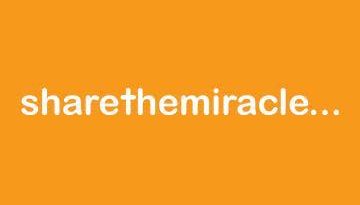 William McDowell to Bring Sound of Revival to the UK