On the first day of the second Christian job I ever had, I learnt three slightly worrying things. First, the company was only now in a position to actually pay me. (It turned out that the interview question about ‘living by faith’ wasn’t entirely theoretical!)

Second, shortly before I joined, one of the trustees had suggested closing the magazine down because it was losing so much money.

Third, I would be one of the few salaried members of staff and that, if I wanted any help running our Christian bi-monthly magazine, I needed to work my way through a list of potential volunteers, find out what they could do, and encourage them to assist me.

Regarding all this as a tremendous adventure (I was young and foolish at the time), I made my way through the list I’d been given, phoning each person and inviting anyone remotely suitable to visit me at the office.

But not all of them had worked in an office before. One had never used a photocopier in her life, and didn’t know which end of the stapler to use. But they were wonderful people.

My volunteer staff, to save us money, brought in paper that had only been used on one side as a way of saving us from having to buy paper for internal photocopying. The only problem was that many of the sheets – unknown to me – still had staples in.

So what we saved on paper, we lost on frequent call-outs to the photocopier repairman, who couldn’t understand why our fairly new machine kept breaking down – until he inspected the rollers and the paper tray!

On another occasion, one of the staff dutifully wrote the names of people, who’d ordered magazines, directly onto the polythene envelope – saving the cost of sticky labels.

She then stacked the magazines one on top of the other to avoid taking up room. This would have been fine if she’d used a biro rather than a felt-tip pen! Unfortunately, it soon became clear that the only readable address was the one on top. The lower down you got, the more smeared and illegible the addresses became…

There was also the time I needed a load of letters folded, inserted into envelopes and posted. To save time, I’d bought self-sealing envelopes.

At the end of the day, I came over to my colleague’s desk. “All done!” she said proudly, “but they tasted horrible.”

“You didn’t give me a sponge, so I used my initiative, and licked the lot of them. Mind you, apart from tasting terrible, they don’t seem to stick very well!”

When I went to look at the 100-plus envelopes, I realised she’d licked all the glue off. No wonder the self-sealing envelopes wouldn’t stick! So we waited till they’d dried, then stuck them all down again with sticky tape.

But – and here’s the thing – in time, my over-keen volunteers all learnt from their mistakes and never made them again.

By the time the year was up – and before I’d lost my mind, my patience or my sense of humour – they could staple, collate, photocopy, address, package and address envelopes with the best of them.

But aren’t we, as believers, a bit like that?

‘Brothers and sisters,’ 1 Corinthians 1:26-29 tells us, ‘think of what you were when you were called. Not many of you were wise by human standards; not many were influential; not many were of noble birth.

Aren’t we, God’s people, rather like that? Are there times when we men (or women) are more like Dad’s Army than Gideon’s?

And what about the disciples Jesus called? How much promise did they show initially?

Aren’t we all, at times, as apparently unpromising as these marvellous men of God?

And what about some of the Old Testament kings, prophets or heroes of the faith?

‘Do not be deceived,’ 1 Corinthians 6:9-11 tells us., ‘Neither the sexually immoral nor idolaters nor adulterers nor men who have sex with men nor thieves nor the greedy nor drunkards nor slanderers nor swindlers will inherit the Kingdom of God. And that is what some of you were. But you were washed, you were sanctified, you were justified in the Name of the Lord Jesus Christ and by the Spirit of our God.’

Whatever we may once have been – if we are truly born again – we are now ‘a chosen people, a royal priesthood, a holy nation, God’s special possession’. Why? ‘That you may declare the praises of Him who called you out of darkness into His wonderful light’ (1 Peter 2:9).

We may originally have lacked promise, but we are now, in the words of Galatians 4:28, the ‘children of promise’ – God’s ‘chosen people’ or, as the Authorised Version archaically translates 1 Peter 2:9, God’s ‘peculiar people’.

Not all males are REAL MEN by Paul Lawrence 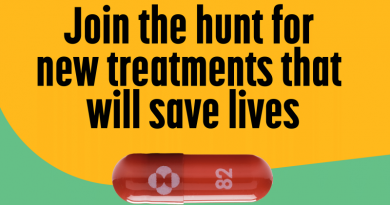 What price a life? by Pastor Vashti Ledford-Jobson