Friday 22 June 2018 marks the 70th anniversary of the landing at Tilbury Docks of the Empire Windrush MV on 22 June 1948 with 492 Jamaican passengers.

People of African heritage have been in Britain since Roman times in the 3rd Century.  Up to the mid-20th Century, the African presence was maintained by migration, forced and voluntary, from the African continent, the Americas and the Caribbean; fuelled by the Transatlantic Slave Trade, colonialism, and World Wars 1 and 2.   Britain’s post-war national rebuilding programme necessitated invitations to citizens of British colonial outposts to come to the Mother Country’s aid.  The landing of the Windrush was to become symbolic of this fresh wave of voluntary economic migration.

According to Fryer, ‘ten years after the Empire Windrush there were in Britain 125,000 West Indians who had come over since the end of the war’ (Staying Power, p372).  Mike and Trevor Phillips allude to this as the start of ‘the irresistible rise of multicultural Britain’, whilst noting the warning of an MP that Britain was not going to be ‘a paradise’ for the newcomers and that they should expect ‘difficulties caused through ignorance and prejudice’ (Windrush, p87).

The period since the landing of Empire Windrush MV has seen the growth of a new church movement by African, Caribbean and Asian people that have enriched social, economic, political and religious life.  It is difficult now to imagine pre-Windrush Britain.  The Health Service, Social Care, the Police, the Armed Forces, politics, music and the arts, broadcasting and education have all benefited by this Windrush presence. 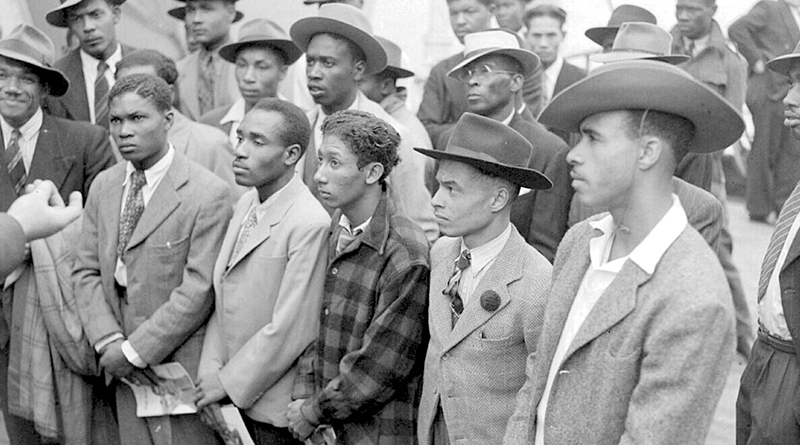 In many inner-city churches of all denominations and types, not just Pentecostal ones, people of African and Caribbean heritage make up significant proportions of congregations, and ensured the continuance of many that would have closed otherwise.  In a recent study, ‘Mega Churches and Social Engagement in London’ by Birmingham University, six of the eleven mega-churches (i.e. +2,000 weekly attendees) identified were African and Caribbean-majority (Dr Sophie Bremner, ‘Black Majority Megachurches in London: aspiring to engender change’).  It is appropriate therefore that in marking the 70th Anniversary of the landing of Empire Windrush MV the African and Caribbean church and wider community take the lead.

This short paper proposes a national service in Westminster Abbey: ‘Spirit of Windrush – Contributions to Multicultural Britain’ to mark this historic event which is of great significance to this nation

This national service will be part of wider celebrations to mark the 70th Anniversary of the Windrush landing, including a call for an annual Windrush Day on 22 June to celebrate migration to the United Kingdom by the Windrush Day Steering Group.

A planning group has been assembled drawn from within and beyond the African and Caribbean church community.  The planning group is responsible to deliver the event working with Westminster Abbey staff and key partners.

Members of the Steering Group are:

Support for a national service is widespread and includes the six presidents of Churches Together in England; the General Secretary of the Evangelical Alliance; the Windrush Day Steering Group; the Windrush Foundation, and the National Church Leaders Forum – A Black Christian Voice.  It is hoped that all the UK’s churches will take part in this national celebration.  Participants are expected to travel to the city from across the country, reflecting the super-diverse national community we have become.

Because Windrush is part of the fabric of British society, the Steering Group has chosen the iconic Westminster Abbey to hold the event and are grateful to the Dean for warmly welcoming the request.

Westminster Abbey services usually last one-hour.  However, the Steering Group requests an exception be made given the culture of longer services among African and Caribbean churches, hence an hour and a half is the anticipated length of the service, followed by a VIP reception for key leaders.  Through liturgy, music, choir, dance, poetry, art, youth, etc., the service will focus on marking/celebrating/giving God thanks for: Empire Windrush’s arrival, the generations, faith/church, migration and culture that have followed.

Entrance will be free with booking by Eventbrite, further details will follow in due course.