It will also look at workplace bullying and harassment and if employers are implementing recommendations from the McGregor-Smith Review published last year.

The McGregor-Smith Review revealed that equal career progression for black, Asian and minority ethnic (BAME) employees could boost the UK economy by £24bn.

Baroness Ruby McGregor-Smith, who led the review, said that there is a “structural, historical bias that favours certain individuals” in the UK workplace “at every stage of an individual’s career, and even before it begins”.

As a result, the report called on UK companies to start publishing a breakdown of their staff by race and pay as well as publishing their long-term diversity targets, and urged them to report their progress annually.

The research commissioned today will be carried out by the charity Business in the Community (BITC).

Business minister Andrew Griffiths said, “It is unacceptable that people are being held back in the workplace because of their ethnic background – we want to make sure that the economy works for everyone, so people have the same opportunities to progress and can achieve their true potential.

“This new research will establish what steps employers have taken to haul down workplace barriers and harness the talent of a diverse workforce, helping us to assess if further action is needed,” he added. 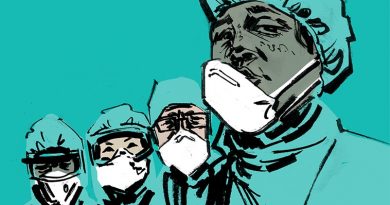 Kenyan schoolgirl takes her own life after ‘period shaming’