Europe’s first Black Studies degree commemorates its launch month when a panel of global experts gather to explore the issue of racism in modern society, and the importance of this new course at Birmingham City University.

The event – Black Studies City Talk – ‘The end of racism?’ – will welcome Princeton University’s Professor Imani Perry to Birmingham for the first time. As one of the world’s most influential experts in race and African-American culture, she has written extensively on race, politics, feminism, society and citizenship.

Professor Perry is flying in from the US especially for the event on Wednesday 7 March at Birmingham City University, and said:

“I am eager to have an opportunity to engage face-to-face with scholars and students in Birmingham, to deepen my own work and to share my perspective. You cannot have a thorough education about the history of modernity without a serious examination of how the idea and fact of Blackness fit into its fashioning.

“There is always value in the deep examination of particular communities in terms of values, culture, art and socio-historical development. My hope is that in time Black Studies will be understood as essential to academic inquiry as departments of English or Anthropology.”

The event will address the issue of racism in modern day society and how a Black Studies course is important in addressing future challenges. The panellists will explore the comparisons and differences between how the UK and the US approach this matter and delve into the histories, politics and social movements which have bought us to this point in time.

The panel will draw upon their expert knowledge and personal experiences to debate topics encompassing the whole of society, including education, political oppression, economic progress and social deprivation.

Imani will be joined by Dr Kehinde Andrews, one of the UK’s leading Black British voices and who was the driving force behind the development of the Black Studies course.

The Black Studies degree successfully launched in September 2017, with the course covering history, popular cultures, artistic and social movements of people in the African diaspora, with students also gaining valuable experience within the public, private and voluntary sectors.

“We are delighted to be hosting Professor Imani Perry, who works in one of the most prestigious African American Studies departments in the US, at Princeton University.

“Black Studies has many international links that students can benefit from and we are proud to be the first to bring the degree to Europe”.

Also joining the discussion will be Wilfred Emmanuel-Jones – known as ‘The Black Farmer’ – a successful entrepreneur hailing from Small Heath in Birmingham. Bringing the panellist’s together and chairing the discussion is Ayo Akinwolere, an award-winning broadcaster and former ‘Blue Peter’ presenter, also from Birmingham.

Black Studies City Talk – ‘The end of racism?’ forms part of Birmingham City University’s City Talks series. The series features a programme of high profile speakers who share their views and insights on a range of topics, promoting the University’s ambition and aim of being a ‘university without walls’. The talks are free of charge, and open to the public. 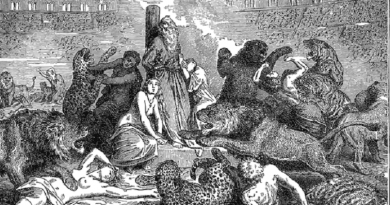