The second edition of Discipleship Explored (DE) was launched on the 1st of March 2018 – exactly ten years after the unveiling of the first edition. Such is the initial interest, however, that over 100 churches have already bought it.

The DE course is a stunning visual exposition of Paul’s Letter to the Philippians. Totally re-shot in seven countries across five different continents, the eight-part documentary series is accompanied by beautifully crafted Handbooks, offering followers of Jesus a rich and immersive experience in which to discover the joy, unity, contentment and love that is theirs in Christ – the best love anyone can ever know.

“One of the most significant changes we’ve made is to incorporate interview footage and real life stories from around the world“, said Barry Cooper, writer and presenter of DE. “Our focus is still on Paul’s Letter to the Philippians, but we now see how that letter impacts believers internationally – including those who are being persecuted. Seeing the joy of these men and women is compelling, contagious, and often very moving.

“Another advantage of the new edition is that it has been designed for use in many different settings. They include small group study; one-to-one over a cup of coffee; a church membership course; a mum’s group; a series for students on campus; with family members (and if you’re miles apart you could even do it online via Skype) – or even as the basis for a sermon series. The simple fact is that it’s as flexible as you are. All you need is the DE Leader’s Kit and you’re good to go!

“We hope and expect that many more churches, of many different denominations, will experience for themselves the difference DE makes to their members’ Christian growth and discipleship”.

All eight films are directed by Stephen McCaskell (director of the multi-award-winning Luther: The Life and Legacy of the German Reformer), while the Apostle Paul is voiced by author and pastor Thabiti Anyabwile. Set on location in Greece, Serbia, Jordan, Rwanda, India, Peru and the United States, the series features striking cinematography and an evocative soundtrack, while the accompanying Handbooks have been redesigned for simplicity, with each session focusing exclusively on one key passage of Philippians. “Model” prayers enable believers to learn prayer from the Apostle Paul, and daily activity plans help develop the life-giving habit of Scripture reading, memorisation and prayer.

A trailer for the new edition may be seen at https://discipleship.explo.red and the Leader’s Kit is now available to order from publishers The Good Book Company.

How languages are propelling British grime, comedy and percussion 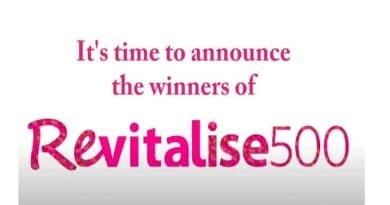 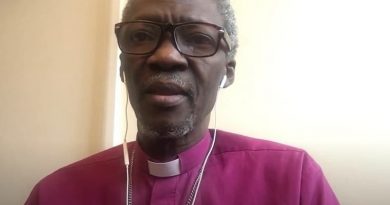