According to the Gospels, Mary of Magdala was there at Jesus’ death and burial – and was the first witness to his resurrection. But we’re not used to hearing about her in the way that we hear about Peter, John and the other disciples. Who was this woman who followed so closely in Jesus’s footsteps?

New film Mary Magdalene, in cinemas 16th March, sets out to imagine her story. A young woman living in a traditional society, her family expect her to marry and accept the confines of domestic life. But Mary (Rooney Mara) dreams of more. Her spiritual curiosity leads her to Jesus of Nazareth (Joaquin Phoenix), a travelling preacher who treats her like an equal.

Mary’s choice to follow Jesus comes at a cost. She’s rejected by her scandalised family, and looked at suspiciously by the other disciples. Peter (Chiwetel Ejiofor), who believes that Jesus is about to lead a violent uprising against the Romans, thinks that having Mary around is bad for their cause.

The film brings home how radical it really was for Jesus to include women among his closest followers – and helps us to see the Gospel stories through fresh eyes. ‘I wanted to avoid doing something that had been done before,’ says director Garth Davis. ‘I wanted this to be more relatable, relevant and contemporary and I really wanted to avoid all the stereotypes.’

Mary’s place on the fringes of society helps her to understand that Jesus’s true mission isn’t about grabbing political power. She’s drawn instead to his humility, and to his compassion for the poor and broken. ‘Mary recognises that the ‘kingdom’, or whatever utopia we are striving for, needs to start within ourselves,’ says Emile Sherman, one of the film’s producers. ‘Her message is as revolutionary today as it has ever been, and it is one we hope will resonate strongly.’

The film challenges us to look again at who we expect God to call, and at what we think his kingdom really looks like. Mary Magdalene is sure to spark many conversations in the Christian community and beyond.

Mary Magdalene is released in UK cinemas on 16th March. Damaris Media and Mothers’ Union are guiding the conversation with a free church, available at www.mothersunion.org/mary-magdalene.

Find out more about the film at marymagdalenefilm.co.uk 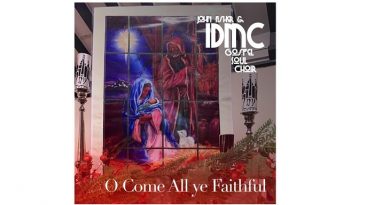 Ready for airplay – Oh Come All Ye Faithful by IDMC