Chief executive Lloyd Blankfein says there is still ‘significant progress’ to be made on gender and ethnic diversity.

Goldman Sachs wants women to make up half of its global workforce, starting with new analysts by 2021, the Wall Streetbank said on Thursday, as it stepped up efforts to address gender and racial imbalance across the board.

“The advancement of women in the workplace – and more broadly the state of diversity at our firm – is top of mind for all of us,” chief executive Lloyd Blankfein and president and co-chief operating officer David Solomon said in an internal memo posted on its website.

“While we have made progress in recent years on women’s representation and ethnic and racial diversity, there is still significant progress to be made,” they said.

Mr Solomon said in January that despite some progress in recent years, the fifth largest US bank had not raised the proportion of women in its workforce to an adequate level, particularly in senior management.

Sources close to Solomon, who earlier this week effectively became CEO-in-waiting after another likely successor announced his retirement, describe him as a strong advocate for diversity.

The bank is also striving to hire more women and diverse professionals from other companies, the memo said.

Grandparents teach teens about the days racism was ‘normal’ 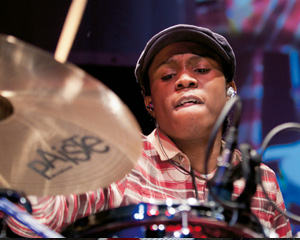