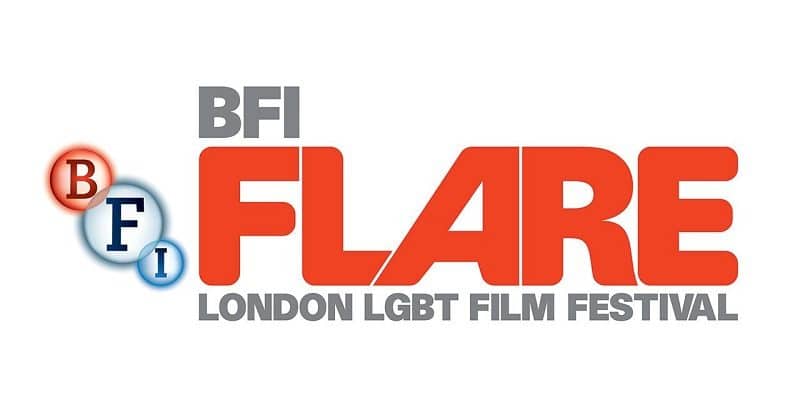 #FiveFilms4Freedom, the world’s widest-reaching LGBTQ+ online film campaign, returns for the fourth year running with distinctive voices from around the globe, including a transgender teenager dealing with discrimination and abuse in a Canadian school, gay farmers in the UK, a feisty teenage girl living in India exploring her burgeoning sexuality, a young Korean man who receives an unexpected visit, and a Greek goldfish called Tom Daley.

The British Council, working in partnership with BFI Flare: London LGBTQ+ Film Festival, will make five LGBTQ+ themed short films available for the world to watch online for free, over the twelve days of BFI Flare from 21st March to 1st April. The programme of films, which features work by emerging filmmakers from across the world, has been selected from BFI Flare.

On 26th March, a coordinated effort from the British Council’s global network of over 100 countries stretching from the Americas, China and India to Europe, the Middle East and beyond will encourage people to watch the films in solidarity with LGBTQ+ communities in countries where freedom and equal rights are limited. The campaign will ask audiences to share the films using the hashtag #FiveFilms4Freedom in recognition of the fact that Love is a Human Right.

In the UK on the same day, MPs will attend a special reception at the Houses of Parliament organised by the British Council, coinciding with similar events being organised at embassies and cultural centres around the world.

To celebrate #FiveFilms4Freedom, BFI Flare and the British Council, in partnership with the UK Government’s GREAT campaign, will project clips from the five films onto the Tower of London on 25th March in a spectacular display to spread the message that Love is a Human Right.

Last year the films were viewed 1.8 million times by people in 202 countries and principalities, including parts of the world where homosexuality is criminalised, and in some cases punishable by the death penalty.

The five short films selected for 2018 include drama and documentary, and shine a light on the experiences of people from different parts of the world, from India to Greece, Canada to South Korea. The films all speak to the idea that Love is a Human Right that everyone should be free to pursue. They are:

Tara, a feisty teenager, risks both family and tradition as she pursues her attraction towards her housemaid, Devi. When they are caught together at a dinner party, Tara must suddenly define who she really is.

Stratis’ seventh birthday turns sour when he reveals to his father that he has named his goldfish after Tom Daley.

The story of Milan Halikowski, a young trans boy from the rural city of Prince George, British Columbia. In the face of discrimination from his peers and teachers at school, Milan becomes a role model and an advocate for trans people in his small community and beyond.

A short documentary about the only helpline in the UK for gay farmers. Through recorded telephone conversations and reconstructed visuals, the film uses the helpline as a lens through which to view the often isolated experiences of LGBTQ+ people in the British farming community.

Jungho’s mother visits his new place unannounced, and Jungho’s not comfortable with her visit.

The films will be available to view from 00.01 GMT on 21st March on the British Council Arts YouTube channel. Interviews with the filmmakers and a trailer of all the films are available now.

The films will also be available to watch on the BFI Player, as well as select international platforms including Wechat and Tencent in China and JioCinema across India.

Briony Hanson, the British Council’s Director of Film, says: ‘#FiveFilms4Freedom goes to the heart of the British Council’s mission to share stories that transcend country borders and open people’s minds to the experiences and perspectives of others. The selection of films we’re championing in this year’s campaign is truly global and together the films make a compelling case for the fact that love is a human right, no matter how we identify or where we are. We can’t wait to see how audiences across the world respond.’

Michael Blyth, Senior Programmer for BFI Flare, adds: ‘At BFI Flare: London LGBTQ+ Film Festival we strive to provide a platform for filmmakers from all across the globe to tell their stories. We believe in film as an essential tool to open hearts and minds, and to incite social, personal and political change. #FiveFilms4Freedom gives us the chance to share these vital stories with audiences worldwide. These short films may come from five very different perspectives, but all hold the power to enlighten, to provoke and to inspire.’

Matt Houghton, whose film Landline features the stories of gay farmers in the UK, says: ‘From the very start we said to ourselves we don’t want to make a film about an issue – we wanted to make a film which is about people. The aim is that anyone anywhere can watch the film and relate to it because if you can make someone relate to something then you can possibly make them understand it a little bit better and from that understanding, you know, good comes I think.’ 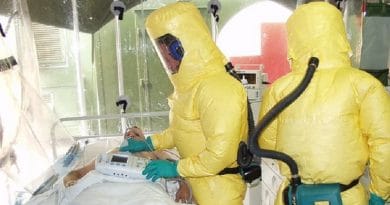 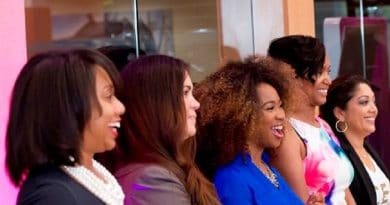 Did you know that there has only ever been 1 Black woman on The UK’s Times Richlist? This Network hopes to change that 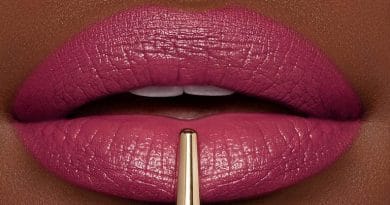